Jonathan Kurtis, MD, PhD, knows firsthand how devastating malaria can be. He contracted the disease as an undergraduate student while working on a coral reef ecology project in Kenya.

His life-threatening encounter with malaria fueled his drive to understand and stop the disease that he calls “a capricious killer of the innocents,” inspiring him to change the focus of his studies.

Pursuing his new profession, Dr. Kurtis met and later married epidemiologist Jennifer Friedman, MD, PhD, MPH. He is founder and director of the Lifespan Center for International Health Research (CIHR), and she is its director of clinical studies. Together, they have worked in the field and in the lab for decades to identify the pathogenic mechanisms of morbidity for two of the leading infectious disease killers: malaria and schistosomiasis.

The CIHR team is now poised for Phase I trials of a malaria vaccine in humans. The stakes are high: Malaria infects 10 people every second and kills a child every two minutes.

Malaria is a disease of the blood, caused by a parasite that commonly infects a certain type of mosquito, which feeds on humans. It causes high fevers, shaking chills, and flu-like illness. If not promptly treated, the infection can cause kidney failure, seizures, mental confusion, coma, and death.

“There’s always talk about eradicating malaria. The World Health Organization tried it in the 1950s and 1960s,” Dr. Kurtis said. “We’ve made gains with bed nets, artemisinin treatment, and insecticides to limit the mosquito population. Yet 640,000 people, mostly children under the age of 2, die from malaria each year,” making it the world’s most deadly parasitic disease. “If we could reduce that by even 20 percent, it would be the greatest single accomplishment in modern medicine.”

Drs. Friedman and Kurtis focused their research on a subset of children who seemed to have developed a natural immunity to the disease. Using leading-edge molecular biology, they identified the parasite proteins that resistant – but not susceptible – children had made.

Further study revealed that vaccination of mice with these parasite proteins resulted in protection from challenge infections. The researchers surveyed the antibody responses to these vaccine candidates in more than 750 children living in areas where malaria is always present. Children with antibodies to one of these parasite proteins, PfSEA-1, never developed severe malaria, while children without antibodies to PfSEA-1 did.

Using the field-to-lab-to-field approach, Dr. Kurtis and his team identified eight additional candidates for a malaria vaccine; they have been validated in several multi-year studies. The next step is a Phase I safety and immunogenicity study performed at the Lifespan Clinical Research Center at Rhode Island Hospital. This study will consist of enrolling 50 to 100 participants for a 12-week study. 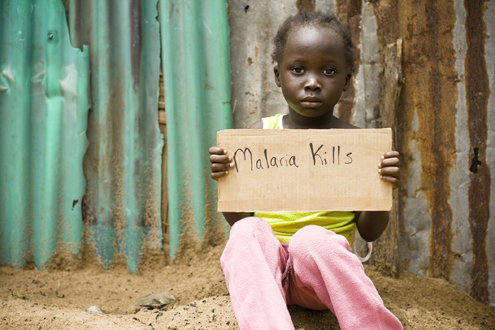 The participants will receive three doses of the vaccine, and then the team will test the serum from the vaccinated participants to see if it contains antibodies that can kill the parasite in culture. The researchers work under a series of grants from Grand Challenges in Global Health, a collaboration of the Bill & Melinda Gates Foundation and the Foundation for the National Institutes of Health.

“As physicians and scientists, we know we are not going to solve the social and economic problems that create the conditions where malaria thrives. So, we focus on what we can do: create a vaccine,” Dr. Kurtis said.

Drs. Kurtis and Friedman are currently evaluating cellular immune responses to PfSEA-1 and their other vaccine candidates in a research group of Kenyan children, conducting vaccine trials in nonhuman primates, and planning for follow-on Phase I studies at RIH.

“Institutional and departmental resources and funding provided by Lifespan are instrumental in supporting our research program, protecting the intellectual property, and supporting our external funding efforts,” the center director said. “This support is vital to developing a vaccine for the greatest single-agent killer of children on our planet.”