Antony Chu, MD, is the director of complex ablations within the arrhythmia services section of the Cardiovascular Institute and an assistant professor of medicine in the department of medicine at The Warren Alpert Medical School of Brown University. His research interests focus on atrial arrhythmias and their management.

Previously, Dr. Chu was director of atrial fibrillation at The Reading Hospital and Medical Center in West Reading, Pennsylvania, and a clinical faculty member at the Thomas Jefferson University Cardiovascular Division in Philadelphia, Pennsylvania.

Dr. Chu received his medical degree from the Yale University School of Medicine in New Haven, Connecticut, and completed a cardiac electrophysiology fellowship at the Hospital of the University of Pennsylvania in Philadelphia, Pennsylvania. He is board certified in cardiovascular disease, as well as in cardiac CT and MRI, and echocardiography.

Nikhil Panda, MD, is a clinical cardiac electrophysiologist and an assistant professor of medicine at The Warren Alpert Medical School of Brown University.

Dr. Panda earned his medical degree at the State University of New York’s Upstate Medical University in Syracuse. He served his residency at Case Western Reserve University-MetroHealth Medical Center, where he continued his training with fellowships in cardiovascular disease and in advanced and complex ablations. He completed his fellowship in clinical cardiac electrophysiology at New York Presbyterian Hospital/Weill Cornell Medical Center of Cornell University.

Dr. Panda has expertise in performing procedures in all aspects of clinical electrophysiology, including advanced device implantation, complex ablation such as atrial fibrillation and ventricular tachycardia, and the use of novel technologies.

Dr. Tran’s academic interests include sudden cardiac death, potassium dynamics, and mechanisms of arrhythmias with special focus on modulators of cardiac repolarization.  He has taught several courses in anatomy, physiology, and evidence-based medicine. He is a member of the American Medical Association, Danish Medical Association, and Danish Society of Cardiology.

Michael Wu, MD, is a cardiologist at Lifespan Cardiovascular Institute. He completed his residency in internal medicine and fellowship in cardiology at North Shore University Hospital at the Hofstra Northwell School of Medicine. He also completed a clinical cardiac electrophysiology fellowship at New York Presbyterian Hospital at Weill Cornell Medical College.

Dr. Wu works in academic cardiac electrophysiology and performs procedures at the Rhode Island and The Miriam hospitals. He is a member of the American College of Cardiology and the Heart Rhythm Society. 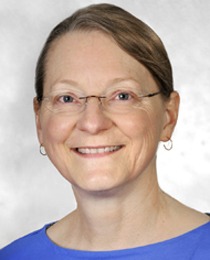 Karen A. Hayden, MSN, RN, APRN-BC, CVN, CCDS, graduated from Rhode Island College in 1979 with a bachelor of science degree in nursing, and received her master’s degree in nursing from the University of Massachusetts Dartmouth in 2001. Her nursing experience includes coronary intensive care, cardiac catheterization lab and vascular nursing.  She has experience in electrophysiology and the care of cardiac device and arrhythmia patients.

Hayden is an adult nurse practitioner and a vascular nurse, certified by the American Nurses Credentialing Center. She is also a cardiac device specialist, certified by the International Board of Heart Rhythm Examiners.  She is a member of the Heart Rhythm Society, the Preventive Cardiovascular Nurses Association, the American Academy of Nurse Practitioners, and the Society for Vascular Nursing. 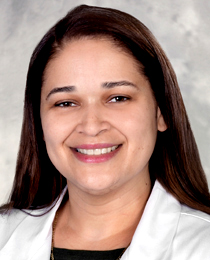 Heidi Jimenez, NP, is a board-certified nurse practitioner in the Lifespan Cardiovascular Institute at Rhode Island and The Miriam hospitals. She has experience in interventional cardiology and electrophysiology and heart rhythm disturbances, and has worked in critical care for 10 years. 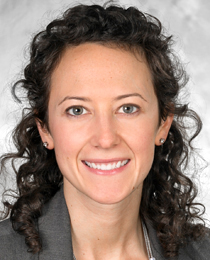 Lauren Rousseau, MPAS, PA-C, CCDS, is a physician assistant and lead advanced practice provider (APP) in the section of clinical cardiac electrophysiology of the Lifespan Cardiovascular Institute at Rhode Island and The Miriam hospitals. As a teaching associate of medicine at The Warren Alpert Medical School of Brown University, Rousseau makes significant contributions to the training of APPs, medical students, residents, and cardiology and clinical cardiac electrophysiology fellows.

Rousseau earned her bachelor’s degree in pre-medicine and health sciences in 2011, and a master’s degree in physician assistant studies in 2013, from Massachusetts College of Pharmacy and Health Sciences in Boston.

She is board certified by the National Commission of Certification of Physician Assistants. Rousseau also is a cardiac device specialist, certified by the International Board of Heart Rhythm Examiners.

She is an active member of the Rhode Island Society of Physician Assistants, the American College of Cardiology, and the Heart Rhythm Society. She has published numerous manuscripts in peer-reviewed medical journals and has presented accepted abstracts at numerous national and international cardiac conferences.