The Most Comprehensive Orthopedic Care in the Region 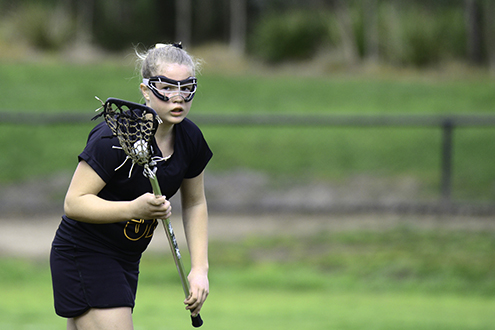 With the rise in research findings about the effects of concussions and other head injuries in sports, particularly in football, one researcher with Lifespan’s bioengineering lab in the department of orthopedics is focusing on an overlooked contact sport – women’s lacrosse.

When it comes to the discussion of whether headgear should be required for players, women’s lacrosse is a particularly divisive topic – and the opinion of the sport’s supporters may not be what you’d expect.

“Supporters of women’s lacrosse are very leery about requiring headgear,” said Joseph “Trey” Crisco, PhD, director of the bioengineering lab. “There is resistance because of the history of the sport and the concern that more personal equipment will bring more aggression to the game.”

It’s important to note that the rules, field, and number of players in lacrosse are different for men and women. Women wear much less protective gear than men, but since checking near the head is not allowed, head injuries in women are actually rarer. However, as the public is becoming more aware of policies and protocols regarding head injuries in sports, the debate around headgear has gained traction and garnered concern for all players.

“There was no defined standard of a headgear in women’s lacrosse,” said Dr. Crisco. “It’s not a mandate in the US to wear, but if you’re going to wear headgear, it must fall under certain guidelines.”

That’s where Dr. Crisco and his extensive research experience came in. It didn’t hurt that he had some experience with lacrosse.

“I previously sat on the US Lacrosse Sports Science and Safety Committee and I have coached my daughters’ lacrosse teams when they were young,” said Crisco. “The committee asked me to collect data they could use to help form the guidelines for headgear.”

To conduct the study, Dr. Crisco had seven girls’ lacrosse players deliver whacks with their sticks to the head of a crash-test dummy – the kind you see in car commercials.

Dr. Crisco and his team measured the velocity of the blows and the accelerations of the head for each trial to simulate a worst-case result for a lacrosse injury.

On average, the girls swung their sticks at approximately 18 miles an hour in this trial. In a second experiment, the girls delivered whacks to crash-test heads equipped with different kinds of protective headgear. Again, Dr. Crisco’s team measured the accelerations delivered by the blows.

Certain headgear did not reduce the impact of blows delivered to the sides of the head. Overall, though, the protective gear significantly reduced head accelerations when compared to test dummies without helmets. While one would assume this result shows that female lacrosse players should wear the same helmets as male lacrosse players, Dr. Crisco cautions that the best solution is a bit more complex.

“The goal of the research was to provide US Lacrosse with scientific information,” said Dr. Crisco. “But it’s a societal decision, not a scientific decision.”

Even with the new headgear guidelines, there will still be opposition, particularly from those concerned with the history of the game.

“When my daughters were younger and playing lacrosse, they never had a head injury. The history of the game usually equates women’s lacrosse with more finesse,” Dr. Crisco added. “But the rules are changing as players become stronger and faster; and it’s not the same sport as men’s lacrosse.”

There are concerns that mandating headgear in women’s lacrosse will lead to the opposite of the desired effect: players will begin to get more physical and play more aggressively.

“There was a study of ice hockey players that showed they played much more aggressively after faceguards were mandated,” said Dr. Crisco. “Players believe the helmets protect them, so they play more aggressively. It’s often referred to as the ‘Superman Effect.’”

With the rising scrutiny on protocols in sports concerning concussions, Dr. Crisco wants the public – and the players – to know that even if headgear is mandated for a sport, it won’t mean concussions will be eliminated.

“It’s extremely important to know that headgear of any type is not designed to prevent concussions,” Dr. Crisco said. “I have heard of parents and players seeking to wear headgear after the players has had a concussion, and that is simply misguided. Headgear can help prevent some scalp injuries. But there is little evidence that they can prevent concussions. If you get a concussion, you can’t simply return to play after putting on headgear.” 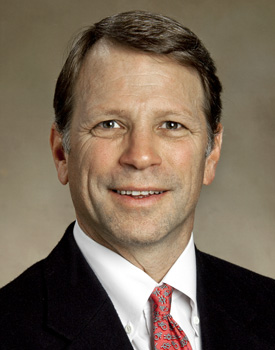 Learn more about sports medicine at the Lifespan Orthopedics Institute