Comprehensive, collaborative care, by and for women

Clinical Team at the Center for Women's Gastrointestinal Medicine

Thomas D. DeNucci, MD, is a gastroenterologist at Lifespan Physician Group and a clinical associate professor of medicine at The Warren Alpert Medical School of Brown University. He earned his medical degree and completed a fellowship in gastroenterology at Rhode Island Hospital and Brown University, and completed his residency in internal medicine at Roger Williams Medical Center in Providence. He specializes in gastroenterology and he is especially interested in studying and treating various gastrointestinal diseases. He is a member of the American College of Physicians and the American Gastroenterological Association.

Fadlallah Habr, MD, is the director of gastroenterological services for Lifespan Physician Group as well as director of therapeutic endoscopy at Rhode Island Hospital. He is an associate professor at The Warren Alpert Medical School of Brown University. After earning his medical degree from Lebanese University School of Medicine in Beirut, he completed his internal medicine residency at the Hospital of Saint Raphael with Yale University School of Medicine in New Haven, Connecticut. Dr. Habr then completed a gastroenterology fellowship at Rhode Island Hospital/The Alpert Medical School, and gained further expertise in therapeutic endoscopy at Saint Michael's Hospital, affiliated with the University of Toronto.

Sarah Hyder, MD, MBA, is the director of endoscopic ultrasound at Rhode Island Hospital and a gastroenterologist at Lifespan Physician Group. Dr. Hyder received a medical degree from The Warren Alpert Medical School of Brown University. She completed her internal medicine residency at Brown University’s program at Rhode Island Hospital, The Miriam Hospital, and the Providence Veterans Medical Center. Dr. Hyder is a graduate of the gastroenterology fellowship at Brown University and the interventional endoscopy fellowship at Dartmouth Hitchcock Medical Center in Hanover, NH. She received her Master of Business Administration from the Massachusetts Institute of Technology (MIT) Sloan School of Management in 2020.

Zilla H. Hussain, MD, is a gastroenterologist with Lifespan Physician Group. She sees patients at Lifespan Physician Group Gastroenterology in East Providence, and at the Center for Women’s Gastrointestinal Medicine in Providence. She received a medical degree from State University at Buffalo School of Medicine and Biomedical Sciences in New York, and completed her residency in internal medicine at Boston University Medical Center.

Dr. Hussain has participated in several clinical trials. Her clinical and research interests include gastrointestinal reflux disease, esophageal motility disorders, Barrett’s esophagus, Eosinophilic Esophagitis, and achalasia. She is fluent in English and Hindi/Urdu. Her area of expertise is in motility disorders.

Dr. Kelly has been an active participant in the Rhode Island Pelvic Floor Network and led the irritable bowel syndrome and motility effort at Women & Infants Hospital before moving to Lifespan. She is nationally recognized in the field of gut flora and its implication in recurrent C. difficile infection. The focus of her research and clinical practice is fecal microbiota transplant (FMT) and she has assisted many physicians and institutions in developing FMT protocols.

Dr. Kelly has authored a number of papers and abstracts on the subject and was a member of a working group that drafted a best-practices article for treating C. difficile infection with FMT, published in 2011. Dr. Kelly is a principal investigator for the first US clinical trial of FMT to treat relapsing C. difficile infection, funded by the National Institute of Diabetes and Digestive and Kidney Diseases (NIDDK). She is on the board of advisors of the Fecal Transplant Foundation. Dr. Kelly is board certified in gastroenterology. Her clinical interests include fecal transplantation, treatment of C. difficile, chronic diarrhea and other gastrointestinal motility disorders common in women, such as constipation and irritable bowel syndrome. Areas of expertise include C. difficile treatment, fecal transplantation, inflammatory bowel diseases, and women’s health.

The focus of Dr. Kelly’s research and clinical practice is Clostridium difficile infection (CDI) and fecal microbiota transplantation (FMT). She was the principal investigator (PI) for a first placebo-controlled trial of FMT for treatment of recurrent CDI and one of the first investigators to sponsor an investigational new drug application for FMT with the Food and Drug Administration. She has since served on several working groups focusing on regulatory issues related to FMT. Dr. Kelly is currently site PI for an industry-funded trial of live microbiota for treatment of recurrent CDI as well as investigator-initiated clinical trials assessing conventional FMT for CDI treatment. Dr. Kelly is interested in the long-term effects around manipulation of gut microbiota and serves as one of the PIs for an NIH-funded FMT National Registry that will answer important questions about the safety of FMT. She has collaborated on several studies investigating the impact of FMT on patients with inflammatory bowel disease, nonalcoholic fatty liver disease and alopecia areata.

Amanda Pressman, MD, FACG, is a gastroenterologist in the Center for Women’s Gastrointestinal Medicine at the Women’s Medicine Collaborative and director of the gastroesophageal and rectal motility laboratory at Lifespan. She is co-director of the program for pelvic floor disorders, which focuses on chronic constipation and fecal incontinence. In addition, she heads the GI Disorders in Pregnancy Program at the Women’s Medicine Collaborative. Dr. Pressman is an instructor of medicine and directs the fellowship pathway in women’s gastrointestinal diseases at The Warren Alpert Medical School of Brown University.

Dr. Pressman received her medical degree from Case Western Reserve University School of Medicine and completed a residency at Harvard Medical School. She is a graduate of the gastroenterology fellowship at Alpert Medical School. During her fellowship, she received the prestigious Virology Fellowship Award from Bristol Myers Squibb and the Joe DiMase award for her research on colorectal cancer screening. She has published original research articles and chapters in the field of women’s health.

Leslie Roth, MD, FACS, FASCRS is co-director of the Program for Pelvic Floor Disorders in the Center for Women’s Gastrointestinal Medicine at the Women’s Medicine Collaborative and a colorectal surgeon at Brown Surgical Associates.

Dr. Roth is the Rosalyn and Joseph Sinclair Clinical Professor of Pelvic Floor Disorders and an assistant professor of surgery at The Warren Alpert Medical School of Brown University. She received her undergraduate degree from the University of Arizona and her medical degree from the Tel Aviv University Sackler School of Medicine, New York State/American Program, in Ramat Aviv, Israel and New York.

She completed her residency at Penn State Milton S. Hershey Medical Center. She is a graduate of the colon and rectal surgery fellowship at the University of Louisville in Kentucky. Dr. Roth is board certified in both general and colorectal surgery. She is also a fellow of both the American College of Surgeons and the American Society of Colon and Rectal Surgeons. 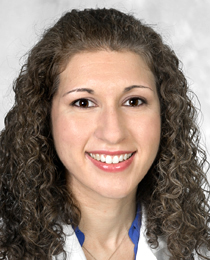 Laura Massa, MSN, ANP-BC, is a nurse practitioner at Lifespan Physician Group – Gastroenterology. She received a bachelor of science degree in nursing from University of Massachusetts Dartmouth and a master of science degree in nursing from the University of Massachusetts Dartmouth. Laura is a board-certified nurse practitioner and is certified by the American Nurses Credentialing Center. She is a member of the American College of Gastroenterology. Her areas of clinical interest include fatty liver and gastroesophageal reflux disease (GERD). 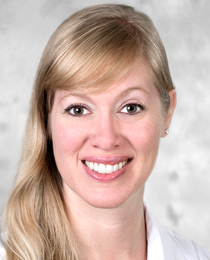 Erica Taylor, PA-C, is a physician assistant with Lifespan Physician Group-Gastroenterology at the Center for Women’s Gastrointestinal Medicine at the Women’s Medicine Collaborative. Erica graduated with a bachelor of science degree in neuroscience from Dickinson College in Carlisle, Pennsylvania. She received a master of science degree in physician assistant studies at the University of New England in Portland, Maine.