The Power of Positive Teams

With every online newspaper or late-night talk show, we are reminded of the overwhelming negativity in our country – and in our world – today. The barrage covers every imaginable subject: politics, religion, social media, and almost none of it in a positive light. Audiences agree or disagree rudely. There’s a dearth of “good news,” of consideration, of courtesy. It’s understandable that many people feel the weight of that absence and are exhausted and frustrated, or even depressed.

Although it’s challenging, this current situation makes it more important than ever to introduce optimism wherever we can. Both negativity and positivity are contagious, and we create our own culture every day by what we say and do; we choose to focus on the negative or choose to focus on the positive. For team leaders, this is especially important because an entire team is affected by the leader’s attitude and mood.

As I’ve said many times, “Medicine is a team sport.” It was with that in mind that I had the opportunity recently to read a book recommended to me by one of my leaders at Lifespan, entitled The Power of Positive Teams, by bestselling author Jon Gordon. In the book, Gordon writes, “All things are possible to a team that believes.” In turn, a team has enormous influence on an organization’s culture. Gordon calls it the positive feedback loop, which occurs when a number of people on a team are creating positivity that causes the team to function at a higher level and thus attract positive people to the team. He says, “Positivity is more than a state of mind…it gives teams a competitive advantage in business, sports, creativity, and life.”

Positive teams aren’t built by chance. Some characteristics that Gordon believes to be most significant are shared vision, passion, optimism, grit, excellence, communication, connection, love, care, and commitment. A positive team must weed out the negative, which will breed and grow if its existence is denied or ignored. The best way to “weed” is at the culture level: set the expectation that negativity won’t be tolerated.

Gordon goes on to explain that positive teams set goals that are mission-driven, not numeric. Positive team leaders “focus on the root” (e.g., culture, people, relationships, process), “not the fruit” (e.g., outcomes, wins/losses, profit), he says. Teams have to decide what they stand for and what they want to be known for.

Positive teams require maintenance, both from the leaders and from all members. They have to live the mission and vision. Gordon says, “It’s powerful to have each team member identify and share what the vision and mission means to them and how they can contribute to it.” Check in regularly to ensure the assumption of a shared vision is still valid and that you’re staying positive together.

As your team works toward fulfilling a greater purpose, there will be adversity and challenge and days when you want to give up. “A lot of teams start out positive,” Gordon says, “But as time goes on and challenges emerge, the team loses its positive attitude and energy. It sounds cliché, but so often the key to making your vision a reality is to just stay positive.”

At Lifespan, we are working every day to create an environment that creates, fosters and nurtures positives teams. If medicine is indeed a team sport—and I believe it is—then there is no more important task than ensuring we have positive, high performing teams to ensure we continue to advance our mission of Delivering health with care. 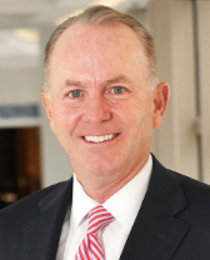 Prior to his appointment as Lifespan’s president and chief executive officer, Timothy Babineau, MD served as president and chief executive officer of Rhode Island Hospital and The Miriam Hospital. Before coming to Rhode Island in 2008, he was the senior vice president and chief medical officer for the University of Maryland Medical Center and School of Medicine in Baltimore, MD. Before the 2005 appointment at the University of Maryland, Dr. Babineau held numerous administrative positions, including vice chairman of the division of surgery, surgical residency program director and director of the center for minimally invasive surgery at Boston Medical Center and surgeon-in-chief and medical director for the Boston Medical Center Surgical Associates at Quincy Medical Center. He has been a trustee for the University of Massachusetts and a member of its Audit and Finance Committee.

Our Team Members Are the Best Reasons to Work Here

The War of Our Lifetime: Reflections on Battling the COVID Pandemic