Healthful nutrients, essential vitamins and healing through food: Your guide to nutrition.

Don’t Invite a Case of Food Poisoning to Your Party 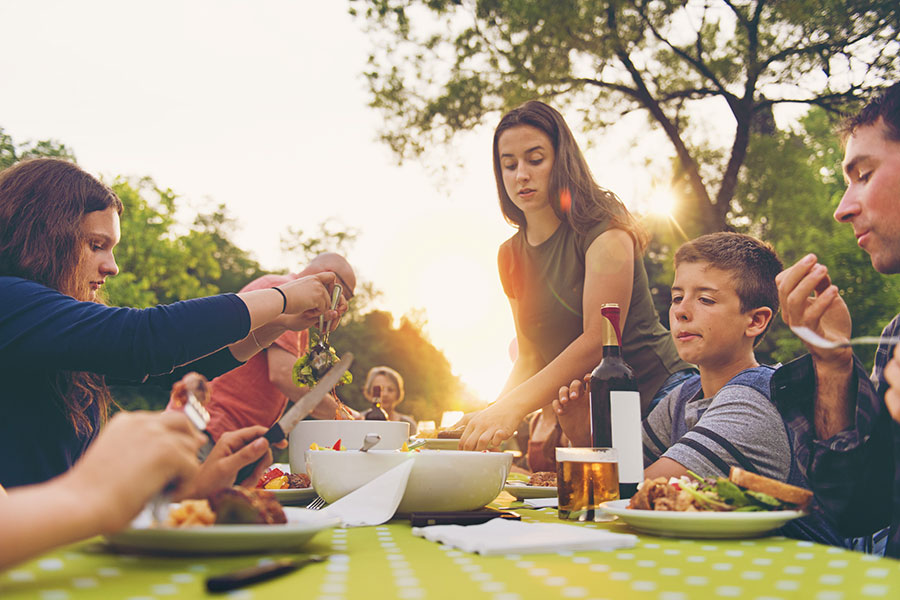 During the summer, emergency departments across the nation see an uptick in what people call “food poisoning.” This is a term used for a wide variety of illnesses caused by viruses, bacteria, parasites or toxins in food. The Centers for Disease Control estimate that one in six Americans suffers a bout of such an illness each year, leading to 128,000 hospitalizations and 3,000 deaths.

So why are they more common in the summer? With so many barbecues, picnics, and packed lunches for the beach, this season poses many food-safety pitfalls. Potato salad left out too long on a hot day, undercooked meat, contaminated shellfish, and insufficiently washed vegetables all could ruin your day, or a few days of your vacation.

While anyone can get ill from foodborne illnesses, some are more at risk. Those include:

Food poisoning symptoms can come on as quickly as an hour after consuming a food tainted with staphylococcus, or as long as several weeks in the case of hepatitis A.

The symptoms of foodborne illness — vomiting, diarrhea, abdominal cramps, sometimes a fever — can most often be managed at home. Unpleasant as it is, it’s best to let the diarrhea run its course rather than use a medicine like Imodium, because diarrhea is the body’s mechanism for ridding itself of the toxin. Try to drink water or Gatorade to avoid dehydration.

But if you’re unable even to keep fluids down, it’s time to seek medical help. Treatment mostly consists of rehydrating the patient by pumping in fluids and electrolytes, and sometimes administering anti-nausea medications.

If you find your symptoms lingering for as long as a week, your physician will likely do tests to determine the cause to help guide further treatment. Antibiotics are not automatically prescribed, since they tend to cause diarrhea themselves.

An ounce of prevention

Some steps you can take to avoid foodborne illness:

You can find lots more general advice at www.foodsafety.gov as well as tips specific to summer.

If you use good food-handling techniques and practice proper hygiene, you can help keep yourself, your family, and your friends healthy and fit to enjoy the pleasures of summer.

Dr. Jeffrey Gaines is an emergency medicine physician and past-president of the medical staff at Newport Hospital.

Getting Active Outside in Winter & Preventing injuries

Some of us welcome winter and snow with open arms and race outside at the first hint of the fluffy white stuff.

Emergency Care During the Coronavirus Pandemic

When To Go To an Urgent Care Center

When it comes to urgent matters, they rarely happen at convenient times.  When you sprain an ankle or your child has an

It's almost the weekend - hope yours is wonderful!