Multiple Sclerosis: Moving Towards a Cure

More than two million people in the world have multiple sclerosis (MS) and almost 200 new cases are diagnosed in the United States every week.

What is multiple sclerosis, or MS?

The most common type is relapsing remitting MS (RRMS). RRMS is more common in women and typically presents with episodes of neurological symptoms such as vision loss, numbness, weakness, memory issues and fatigue. If untreated, a majority of patients develop progressive disability over a 10- to 20-year period and may ultimately require walking aids or a wheel chair. Some patients have a progressive form of MS from onset. Unfortunately, patients with progressive disease often lose their independence. Many patients are unable to continue working.

No one knows what causes MS. The current understanding seems to suggest something in the environment triggers the immune system in patients who may have a genetic predisposition. However, MS is not considered a hereditary disease and the risk in first degree relatives is small. Other factors that might increase the risk of MS include smoking, vitamin D deficiency, and Epstein-Barr virus. Interestingly, MS is more common in locations farther away from the equator.

In its initial stages, MS is a silent disease. Newly diagnosed patients may recover completely from their initial episode. If left untreated, however, it can cause new scarring on the brain which can lead to inflammation and an increase in the rate of brain shrinkage. Because the brain has a lot of reserve, few symptoms are seen, but as the inflammations use up the brain’s reserve, progressive disability follows.

How is MS diagnosed?

Doctors diagnose MS by conducting a careful neurological history and examination. Also, a diagnostic imaging test called magnetic resonance imaging (MRI) of the brain and spinal cord will reveal the typical white matter lesions that are a trademark of the condition. Occasionally, a spinal tap may be recommended to look for abnormalities in the spinal fluid.

Management of multiple sclerosis involves a multidisciplinary approach. The treatment team should include an MS specialist, MS nurses, physical therapist, social worker and other care coordinators. Several other specialists are also involved in the care of MS patients.

How is MS treated?

Although there is still no cure for MS, the last two decades have seen a revolution in its treatment, offering hope to thousands of MS sufferers in the world. These treatments, collectively called disease modifying agents (DMA), work with the body’s own immune system to limit the amount of damage and scarring in the brain and spinal cord.

Over time, the treatments have become more and more effective. However, there may be a higher risk of certain side effects with these treatments. Some of the latest treatments are a class of drugs called monoclonal antibodies. These drugs target specific pathways in the immune system and have a more defined risk of side effects. That said, modern MS treatments have significantly improved the quality of life for our MS patients.

What does the future hold for MS?

The future of MS looks bright. Stem cell-based treatments, although still in research, have shown some astonishingly good results. The process involves collecting stem cells from the bone marrow of MS patients before their immune system is suppressed with chemotherapy. When the stem cells are re-injected, they no longer attack the body.

As is the case with all other MS disease modifying treatments, stem cells work better when used early in the disease course. The findings from numerous clinical trials suggest treatments are more effective when used soon after diagnosis. Early and effective treatment minimizes the risk of further brain scarring and may prevent or slow down disease progression.

Although there is still no cure for MS, recent advances in understanding disease mechanisms and treatments may one day unlock the key to a cure. 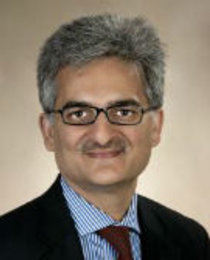 Dr. Syed Rizvi is the director of the Rhode Island Hospital Multiple Sclerosis Center. He is board certified in psychiatry and neurology.

What is Aphasia? Symptoms, Types and Treatment

What is Post-COVID Brain Fog - and How Can You Recover?