Who is this doctor taking care of me? | Lifespan

Who is this doctor taking care of me? 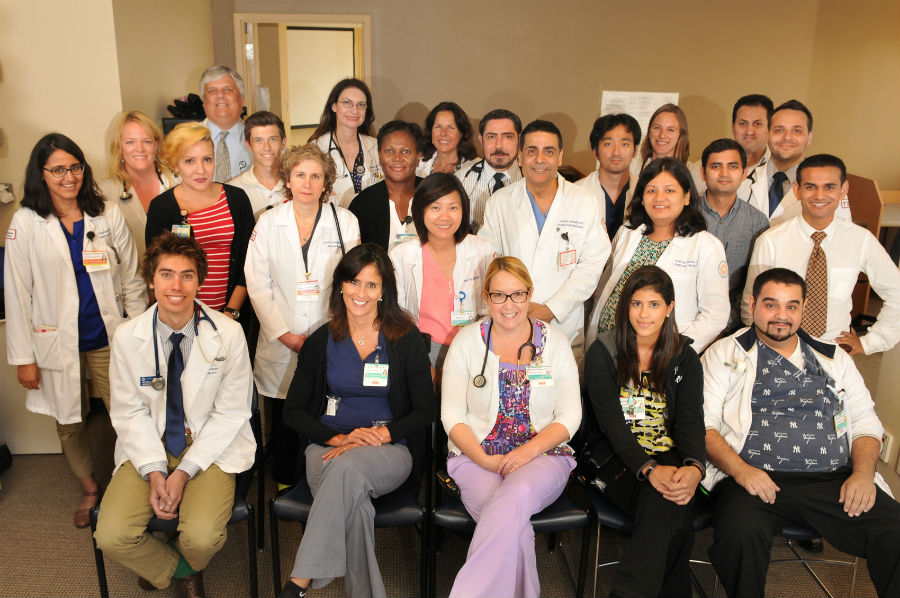 In most cases, being in the hospital is not something you plan, and probably not on anyone’s to-do list. We understand this. We also understand that people have a special relationship with their own doctor. When you’re hospitalized, everything changes.

Quite often there is a team of people caring for you. It can be confusing and frankly a bit overwhelming.

That is why hospitalists are such an important part of your care team. A hospitalist is a physician who practices exclusively within a hospital setting. That physician works with the team caring for you in conjunction with your Primary Care Physician (PCP), to help coordinate your care.

Dr. Sajeev Handa is the head of the hospital medicine program at Rhode Island Hospital. In fact, he helped to launch the program, which marked its 20th anniversary this year.

We asked Dr. Handa why the program was founded, and what the motivation was for it. Dr. Handa said, “Early in 1996, prior even to the term ‘hospitalist’ being coined, Lifespan had a vision of creating a dedicated inpatient group whose responsibilities would be to care for medical patients from admission through discharge. The role of this new group would be to ensure that communication between the hospital and the PCPs was optimized to ensure that patients received the best care possible.”

The program was initially offered to those Primary Care Physicians who did not care for their own patients at Rhode Island Hospital. Over the years, however, the program has grown and evolved. When it was founded, there were just three physicians. Currently, there are 40 at Rhode Island Hospital alone with five additional advance practice providers caring for over 10, 000 patients annually in several dedicated inpatient hospital medicine units.  As a health system Lifespan now has over 80 hospitalist providers throughout our affiliates.

So how do patients react to this new physician caring for them rather than their PCP?

Dr. Handa says, “In the early years, patients expressed their concern that they would not see their PCP in the hospital, when they were at their most vulnerable. Our goal, therefore, was to make them feel as comfortable as possible, to let them know that we would be in communication with their PCP, who would be involved with their care. Patients have also realized that having a dedicated inpatient group has its advantages, particularly in that there is always someone available to attend to them.”

With electronic medical records, care is now easier to coordinate between hospitalists and PCPs. Dr. Handa adds, however, “Nothing can fully replace a conversation directly with a patient’s PCP and that is what is encouraged at the time of admission, discharge and during the course of the patient’s stay. The patient’s overall care really revolves around their PCP and so it is critical that he or she is kept apprised of key elements of a patient’s treatment.”

The research speaks for itself

Dr. Handa says that early data from researchers comparing outcomes and costs for patients cared for by hospitalists and those cared for by traditional physicians found that hospitalist-attended patients had better medical outcomes, including higher survival rates, as well as shorter length of stay and lower costs. Dedicated inpatient physicians are adept at care coordination from within the hospital and are readily available when a patient needs them.

So when you find yourself in the hospital, and you’re introduced to your hospitalist, we hope you will feel confident that you are in excellent hands!

The Facts About CBD

CBD, or cannabidiol, can be purchased almost anywhere and is showing up in products everywhere.

What is Diabetes Mellitus?

Diabetes mellitus is a group of diseases characterized by a consistently elevated blood sugar level.