Why Do We Still Need a World TB Day? | Lifespan

Why Do We Still Need a World TB Day? 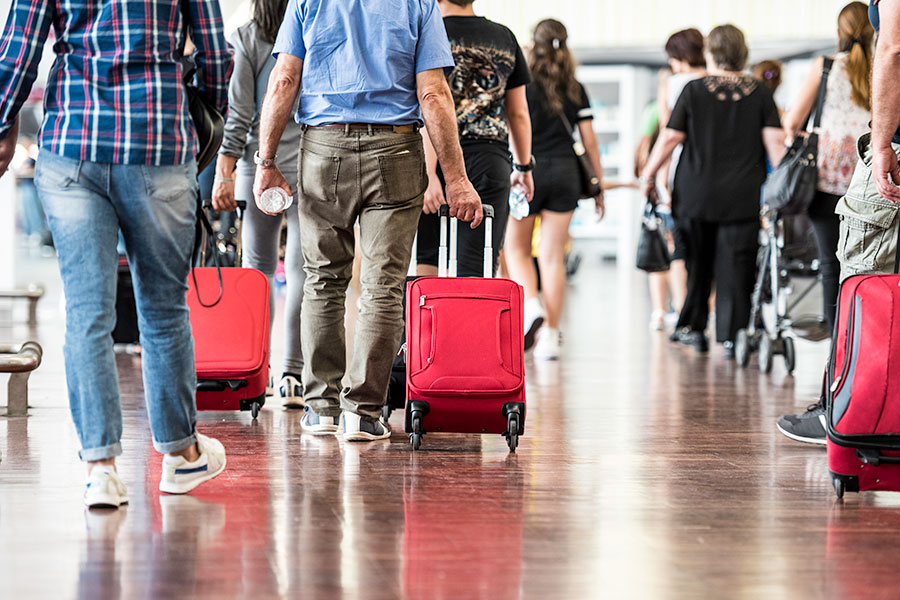 March 24 is World Tuberculosis Day. Many may think this disease is no longer around, but that is not true. In fact, this day is dedicated to increasing awareness of the disease and the efforts to end it.

To support the awareness effort, here are answers to some common questions.

Tuberculosis (TB) is an infectious disease that is caused by a bacterium named Mycobacterium tuberculosis. It most often affects the lungs, but can also cause disease in most parts of the body, especially in people who are young or have a poorly functioning immune system. Children under the age of five are particularly susceptible to becoming ill with severe forms of the disease if exposed.

Many people think TB has been eradicated. Is this true?

This is not true. In fact, TB is the leading cause of death from a single infectious disease, ranking above HIV/AIDS. It is also the ninth leading cause of all deaths worldwide. According to the Global Tuberculosis Report 2017 from the World Health Organization (WHO), a total of 10.4 million people became ill with TB in 2016 and more than 1.6 million people died from it in the same year. About 10 percent of these deaths were in children.

How is it contracted?

TB is spread when one person who is ill with pulmonary TB disease coughs bacteria into the air. The bacteria are then inhaled into the lungs of another person who becomes infected. Most who are infected do not become ill right away. Only about five to 15 percent of people who become infected with TB become ill in their lifetime. However, the risk of becoming ill can be much higher in people who have HIV, are very young, or have other risk-factors such as diabetes. Those who smoke, consume alcohol, have poor nutrition, or are taking medications that decrease their immune system also face higher risks.

How is it treated?

Most forms of TB can be treated with a combination of specific antibiotics. Treatment usually consists of four antibiotics taken every day for two months followed by two antibiotics taken for an additional four to nine months, depending on the severity and type of TB disease.

However, over the past 20 years there has been another challenge: TB-drug resistance. The bacterium that causes TB can become resistant to the standard drugs that are used. When that happens, this strain of TB is now “multi-drug resistant TB” (MDR-TB), which can be very difficult to treat.

Currently, treating MDR-TB can take up to two years and requires multiple medications daily, sometimes up to six or more. Some are given by injection and many of the medications may cause severe side effects, including hearing loss. MDR-TB has become one of the greatest challenges for managing TB worldwide. More than 50 percent of the cases of drug-resistant TB come from India, China, and the former-Soviet countries.

What is the prognosis for someone with TB?

Drug-sensitive TB is a curable disease with very few deaths when caught early and treatments are accessible. However, worldwide there are still many gaps in diagnosis and treatment for TB. MDR-TB though is much harder to treat, with a global success rate of 54 percent. In some parts of the world, this rate is much lower.

What is the best way for people to avoid this?

One of the most important initiatives to decrease the global burden of TB is to prevent people who are infected from developing the disease. This is called “TB preventative treatment.”

We are also able to perform tests for TB infection. One test is the tuberculin skin test, also known as a TST. Another is a blood test called an interferon gamma release assay (IGRA). These tests can show if a person has been exposed to TB, but do not distinguish if people are only infected or are sick with TB.  If exposed and not sick, a patient can then be treated with an antibiotic, as preventative treatment to avoid becoming ill with TB in the future.

Since TB is not very common in the U.S., but is very common in many parts of the world, we target screening for TB among those who have lived or traveled in areas of the world where TB is common. Screening is also ideal for those who are at high risk of developing TB due to their immune system, like those with HIV who take immunosuppressive medications.

What is new in TB?

The past 10 years have been exciting in the realm of TB. There are new diagnostic tests that can not only rapidly detect TB disease from a sputum sample in two hours, but can also detect resistance. After many years without any new treatment options, there are also several new medications to treat TB.

What is needed in the future to eradicate TB?

Despite all the advancements in TB diagnosis and treatment, too many people are dying of it every year. Pediatric patients have a specific challenge, as many of the medications to treat MDR-TB are not formulated for children and doses are fractions of pills. Continued funding for TB research is critical for achieving the goals of the WHO’s End TB Strategy, including a 90% reduction in TB deaths by 2030.

The RISE Clinic at The Miriam Hospital offers health care and outreach services for patients with TB. For more information, visit our website.

Dr. Natasha Rybak is an infectious diseases specialist at The Miriam Hospital, where she is also the director of the Tuberculosis RISE Clinic.

Mononucleosis is known as the “kissing disease,” but what is it, exactly?

Over the Counter Pain Medications: What to Consider

When you’re in pain, it’s natural to want relief.

Measles outbreaks and anti-vaccination controversies have been prominent in the media in recent weeks, so it’s an ideal time to review the importan