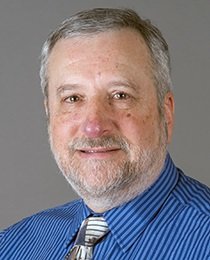 Steven M. Kempner, MD, was born in Rockaway, Queens, New York, and attended public schools in New York State for his entire education. He graduated from Lawrence High School in Cedarhurst, New York, and immediately attended the State University of New York at Binghamton (now the Binghamton University), graduating in 1974 with honors and receiving the Martin S. Paul award for excellence in chemistry.

Dr. Kempner attended the Health Sciences Center in Brooklyn, NY, part of SUNY, for medical school. After graduating in 1978, he and his wife Linda moved to Rhode Island where he began an internship in Internal Medicine at the Miriam Hospital, part of Brown University. Dr. Kempner finished his residency as Chief Medical Resident and, in July, 1981, began working as an emergency physician at the Miriam Hospital. In July, 1982, he was named Medical Director of the Emergency Unit at that hospital and continued working there until July, 1987.

Dr. Kempner was also a Clinical Assistant Professor of Medicine at Brown University from 1981 until 2011, when he gave up that teaching position. He has served on numerous committees for Rhode Island Hospital, The Miriam Hospital, Blue Cross Blue Shield of Rhode Island, and United HealthCare. He has also headed multiple committees for Coastal Medical.

Dr. Kempner has provided leadership to the implementation of important clinical quality initiatives at Coastal. He chairs the Clinical Process Committee which oversees clinical quality improvement efforts throughout Coastal Medical. He has been involved in providing leadership to the implementation of the Patient Centered Medical Home initiatives.