Each year, between 20,000 and 30,000 people in the United States are sickened by accidental carbon monoxide (CO) poisoning. Of those, approximately 500 people die, many in their own home.

What is carbon monoxide?

What is carbon monoxide poisoning?

Carbon monoxide poisoning is a life-threatening emergency that occurs when CO fumes are inhaled. Most CO exposures happen in the winter months, often from unvented space heaters.

According to the Centers for Disease Control and Prevention, a total of 2,244 deaths resulted from unintentional carbon monoxide poisoning between 2010 and 2015. The highest numbers of deaths each year occurred in the winter months. In 2015, there were 393 deaths resulting from unintentional CO poisoning, with one third of those occurring in December, January, and February.

The dangers of carbon monoxide

Carbon monoxide is dangerous when inhaled because it displaces oxygen in the blood. The result is possible harm to your brain, heart, and other vital organs. Because it is odorless and tasteless, you can be overcome by large amounts of CO in minutes and without warning. CO poisoning can cause illness, permanent neurological damage, coma, or death.

Who is at risk for carbon monoxide poisoning?

Everyone is susceptible to CO poisoning. However, it may occur sooner in infants, children, pregnant women, and the elderly. Also at higher risk are people with lung disease, heart disease or anemia, those at high altitudes, and individuals who already have an elevated CO level, such as smokers. Fetuses are especially susceptible.

The signs of carbon monoxide poisoning

The symptoms of CO poisoning are similar to flu symptoms, with the most common symptoms including:

CO poisoning can be reversed if caught in time. However, even if someone recovers, acute poisoning may result in permanent damage to the parts of the body that require a lot of oxygen, such as the heart and brain.

Take these steps if you or someone else experiences any signs of CO poisoning:

How to protect your home and family

There are many steps that can be taken to protect against CO poisoning.

For more information on CO and other home safety tips, visit the 4-Safety program page. 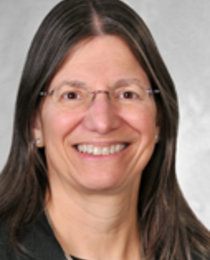 Getting Active Outside in Winter & Preventing Injuries