Every Child, Every Day. Some Things Never Change.

Every child, every day. Every year, since 1994. This is how long Hasbro Children’s Hospital has been around. That is also how long I have been a surgeon here.

What excited me about coming to Providence was the chance of working in a brand-new children’s hospital. A place that offered state-of-the-art medicine for children, using the most modern technology; as well as the latest concepts in child- and family-friendly health care delivery.

Fun sculptures of seals were hanging from the ceiling of the operating room reception area; there was a giant fountain inside the lobby, and an actual zoo on the first floor. Not only could parents come into the operating room with their children – the children could drive themselves into the OR.

There was a garden designed just for hospitalized children. It even had a swing that could accommodate a stretcher for those children unable to sit. These were all revolutionary ideas to me, and it made working in Hasbro Children’s Hospital even more rewarding.

Looking back on 25 years

In 1994, I was a fully trained pediatric surgeon. In my mind, it meant that after 14 years of medical education and training, I knew it all. Now I know better, of course. As the saying goes, “I’m too old to know everything.” I have gained in experience and I have also witnessed the incredible medical and scientific progress of the last 25 years.

What hasn’t changed is that we still offer the same state-of-the-art medical and surgical care at Hasbro Children’s Hospital. Things change little by little, however. And before you know it, a generation has passed.

Recently, we operated on a 4-week-old baby for a serious, but completely curable condition. The baby did very well and went home the next day. His grandmother recognized me. I had operated on her daughter – the baby’s mother – in 1994, a generation ago when she herself was an infant.

To put things in perspective, Amazon was founded in 1994. It sold books on the worldwide web. You could access it via dial-up modem. 1994 was the year the Lion King (the animated movie, not the Broadway show or the live-action version) came out. You could not yet watch movies on DVDs – these weren’t invented until a year later: the same year the first Toy Story movie came out.

Hasbro Children’s Hospital was different then, too. It did not yet have an MRI machine. Keyhole surgery (laparoscopy) was a novelty; today, most operations inside the abdomen are done that way. There was no Center for Pediatric Imaging (which opened in 2005); no PET scan (2003); no kidney transplantation (1998); and no electronic medical records (2000).

The way we experience health care has evolved, just as society and technology have. In 1994, fewer than a quarter of Americans owned a computer, and nobody knew what a smartphone was. Today, Hasbro’s brand-new OR waiting room offers power and USB outlets for your devices – even inside the lockers. Parents are notified of the progress of their child’s operation through secure messages on their phones. They can even keep track of their test results and appointments that way.

The signs of aging

When someone gets a facelift at age 25, it might be thought of as vanity. For a hospital like Hasbro Children’s Hospital, it is a necessity. As I look around, I still see the cool architecture of the hospital, the fun details in the design; the excitement of children when they get to drive a pink car inside the operating room.

But I also see the signs of aging. Take the operating room, for instance. When they were built in 1994, they looked spacious and bright, a welcoming environment for children as well as nurses and surgeons. But all the advances in the way we provide care means newer, bigger, better equipment that requires more space.

Now we have added large digital instruments, better endoscopy “towers,” newer microscopes. And more computers. In a modern operating room, there are typically eight to 10 computers and as many computer screens: from anesthesia to nursing to pharmacy to endoscopic surgery, computers make everything safer and more efficient. But they take up a lot of space.

On the inpatient floors, we allow parents to stay in the child’s room. Unfortunately, it could be more comfortable. There is a pullout couch, but it’s not a bed; and it is often in the way when nurses come to assess a child or give treatments. The desk spaces, reception areas and preoperative units were built to handle paperwork – but medical records are now computerized.

Even our Family Resource Center sits idle most of the day. Few parents go down to the first floor to check out the many books that can offer help and information. Understandably, they’d rather stay closer to their child, and visit the floor’s family room that offers more possibilities. The giant fountain in the lobby is beautiful, but it has been silent for a while: the noise of rushing water turned out not to be soothing as we once thought, but actually prevented  families from gathering in that space to relax or meet other families.

We are changing many of these aging concepts, while preserving everything that is great at Hasbro Children’s Hospital. We are giving it a facelift, but its personality and its expertise won’t change. I am looking forward to the day, less than three years from now, when children and families of Rhode Island will discover the “new” Hasbro. The day a new generation of young physicians excitedly starts working in a “brand-new” children’s hospital.

That is why our campaign is so important, and why I support Every Child, Every Day. 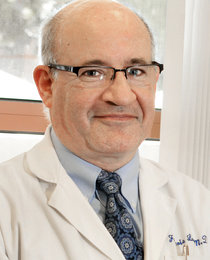 A Child’s First Cell Phone: A Guide for Parents

Teal Pumpkins on Halloween and What They Mean

What is Gender Affirming Care?