Lung Cancer Screening: Do You Need It?

Lung cancer is the leading cause of cancer death in the United States. It accounts for more than 150,000 deaths each year, which is about 30 percent of all cancer deaths.

Early detection is key in treating lung cancer. Unfortunately, this type of cancer does not always show symptoms until its later stages. The American Cancer Society reports that more people die of lung cancer than breast, colon and prostate cancers combined.  That’s why for smokers, a lung cancer screening can be a lifesaving tool for at-risk individuals.

To screen for lung cancer, a computerized tomography (CT) scan is used.  A 2011 study called the National Lung Screening Trial (NLST), sponsored by the National Cancer Institute, demonstrated that when compared to chest x-rays, CT scans reduced lung cancer deaths among 55 to 74 year-old current or former heavy smokers by 20 percent.

While these screenings have been covered by insurance since 2011, only three to four percent of people who are potentially eligible for these scans have received them.

Who should be screened?

Early screening is especially important for those most at risk for developing lung cancer. Low-dose CT screening is recommended for people who:

While an abnormal or positive screen does not mean a patient has cancer, there could be other conditions that warrant treatment. For those who do have cancer, early detection before symptoms appear is critical to successful lung cancer treatment.

Our Lung Cancer Screening Clinic is an important resource for people who are at risk for developing lung cancer. When patients are referred to our clinic, our staff will work closely with them to interpret their CT scans, evaluate their condition, and offer timely care as needed, including finding the right smoking cessation program. 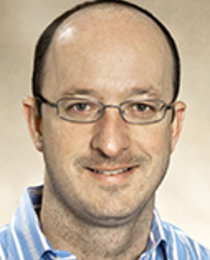 Breast Cancer, Research, and the Future of Treatment