Men and PSA: To Test or Not To Test?

What is prostate cancer?

The prostate is a solid organ in men, located in the pelvis in front of the bladder and above the rectum. It makes fluid that keeps sperm alive, but after reproductive years it doesn’t have a specific function in the body. Because the urethra (urinary tube) from the bladder passes through it, men can develop bothersome urinary symptoms from their prostate as they age, and the prostate enlarges. Unfortunately, the cells in the prostate can become cancerous as men age.

What are the signs and symptoms of prostate cancer?

In most cases, men do not have any signs or symptoms of prostate cancer in its early stages. However, some men may:

Who is at risk for prostate cancer?

All men are at risk for prostate cancer, and that risk increases with age. In addition, men with a family history of prostate cancer or other cancers including breast, pancreatic, or ovarian and African American men are also at increased risk.

It’s important to realize that elderly men are highly likely to have what is known as microscopic prostate cancer. Most of these cancers are slow growing and will not cause symptoms or death. Some men, however, may develop more aggressive prostate cancer that will cause issues, and can be addressed with early detection and treatment.

What is a PSA test and why is it important?

PSA is a “screening” test for prostate cancer, meaning it looks at a man’s risk before symptoms occur. It is a blood test that measures the levels of a chemical made by the prostate, known as the prostate specific antigen. Higher levels of PSA in the blood may indicate the presence of prostate cancer and can help to diagnose the disease early while it is still treatable and curable.

What is the controversy with PSA screening?

PSA is a good test to assess risk of prostate cancer. Unfortunately, PSA levels may be elevated for reasons unrelated to cancer, such as prostate enlargement, inflammation, or infection. Some have criticized PSA because it can lead to unnecessary testing and anxiety. However, PSA is just a starting point for understanding a man’s risk, and those with an elevated PSA should see a urologist to discuss further and determine whether additional testing is necessary.

When should PSA screening begin?

There are different guidelines for PSA screening. The American Cancer Society suggests that “average risk” men (without a family history, without African American descent) who are interested in screening should start at age 50 and conclude at age 75. For men at higher risk, these guidelines recommend earlier screening, at ages 40 to 45.

However, there is no “one size fits all” approach for prostate cancer screening, and it is important to discuss the risks, benefits, and timing with your doctor. Guidelines also discourage further screening for men at average risk between ages 70 and 75. That is because PSA is less effective and dependable in older men, who are more likely to die from another issue in the ensuing 10 to 15 years.

What are “normal” PSA levels?

In general, the higher a man’s PSA level, the higher the chance of prostate cancer. However, there is no specific level of PSA that is considered normal or abnormal. Note that older men and men with enlarged prostates have a higher PSA level, separate from their risk of cancer.

It is particularly important that men with a PSA that is higher than expected or is rising see a urologist to determine whether they have an issue. Note that there are some medications that can lower PSA levels, including finasteride and dutasteride, which are used to treat urinary symptoms from an enlarged prostate, or at lower doses to treat hair loss.

What happens when a PSA level is elevated?

When a PSA level indicates the possibility of prostate cancer, the test is repeated to ensure there is a persistent elevation rather than a temporary fluctuation, which can sometimes occur. If the PSA is persistently elevated, the doctor may order additional lab work or an imaging test such as magnetic resonance imaging (MRI) to further evaluate risk for cancer. If there is confirmed risk, a procedure known as a biopsy is used to extract small pieces of prostate to be studied by a pathologist. Your doctor can explain the different ways to perform a biopsy to minimize risk and maximize accuracy.

What happens if prostate cancer is diagnosed?

How is prostate cancer treated?

There are many treatment options for prostate cancer, depending on disease risk, age, health status, urinary function, anatomy, and preferences. Generally, men are offered surgery or a form of radiation that may include external beam radiotherapy (EBRT) or brachytherapy (radioactive seed implantation). Sometimes for higher risk prostate cancer, medical treatment such as hormone therapy, or testosterone lowering medication, is added to radiation.

There are other treatments that may be considered including ablation, or destruction of specific areas of the prostate with an energy source, but these are considered investigational. Men with higher risk prostate cancer will often have additional imaging tests to confirm there is no spread of disease prior to treatment.

What is the survival rate for prostate cancer?

What should men know about PSA screening?

While the urologic community recognizes the limitations of PSA screening, it is still recommended in a large majority of men. That’s because there has been a measurable reduction in death and metastatic disease from prostate cancer over the last three decades, which can be linked to the introduction of PSA as a screening tool.

Although the test isn’t perfect, the PSA is an excellent starting point for evaluating a man’s risk of prostate cancer. An elevated PSA can lead to closer scrutiny including novel blood and urine tests and imaging like MRI. Modern biopsy approaches including targeted and transperineal biopsies can effectively and safely diagnose men with an issue. Observation rather than treatment of low-risk cancer avoids side effects of treatment in men who can be safely watched.

Rather than discouraging men from having PSA screening, we believe in a personalized approach based on each man's age, risk factors, and preferences that can lead to high quality care and long and happy lives for our patients.

What’s most important is a discussion with your physician about the pros and cons of all your options. For more information, visit our website. 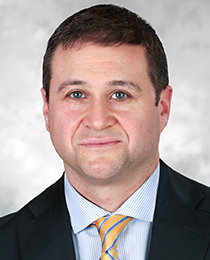 Dr. Elias Hyams is a board-certified urologist at the Minimally Invasive Urology Institute of The Miriam Hospital.

Five Fun Ways to Stay Fit and Active This Winter

Peeing on a Jellyfish Sting and Other Urology Myths