OCD in Children and Tips for Parents

Obsessive-Compulsive Disorder, commonly known as OCD, is a common and treatable medical condition that affects more than one million children in the United States alone. OCD is a disorder of the brain and behavior. It involves both obsessions and compulsions, which take a lot of time and get in the way of important activities.

Research suggests that OCD runs in families. Having a first degree relative with OCD and/or a tic disorder increases the risk for OCD. While children as young as four or five years of age can develop OCD, research suggests that age 10 is a particularly common time for OCD symptoms to begin. Among those who are genetically predisposed, life stress is often associated with the onset and/or worsening of symptoms.

Assess the signs and symptoms of OCD in your child

Does your child have:

What are common obsessions and compulsions?

Obsessions are unwanted or repetitive thoughts or impulses, persistent fears or doubts, or upsetting thoughts or images that a child cannot ignore or dismiss. Those thoughts come with uncomfortable feelings, such as dread, disgust, doubt, or a feeling that things have to be done in a way that is "just right." A person suffering from OCD finds obsessive thoughts disturbing and unwelcome, and they usually know they don't make sense.

Compulsions are repetitive behaviors, actions or rituals intended to relieve the anxiety caused by the obsessions. The relief is temporary, however, because performing compulsions ultimately reinforces the obsessions. However, without a better way to cope, they rely on the compulsion as a temporary escape. Some compulsions are physical, such as washing, checking, tapping, or walking in a certain pattern. Others are mental, such as silent counting or compulsive praying. Not all repetitive behaviors or “rituals” are compulsions. Bedtime routines, religious practices, and learning a new skill involve repeating an activity over and over again but are usually a welcomed part of daily life.

Common obsessions and compulsions include:

What parents should know about OCD

If you are the parent of a child with OCD, you may feel alarmed and confused. Your child’s behavior does not make sense, and you might not know how to respond or where to turn for help.

The disorder can disrupt the pleasures of childhood, interfere with family life and friendships, and cause problems at school. There are some facts you should know about OCD:

How parents can help a child with OCD

Treatment for OCD in children

Thanks to enormous advances in scientific research, effective treatment is now available for OCD.  Two approaches that have been found to be effective in treating OCD in children are a form of cognitive behavior therapy known as “exposure with response prevention” or ERP, and medication treatment with a class of medicines called serotonin reuptake inhibitors (SRIs).

The concept of “exposure” in ERP refers to helping the patient face the anxiety that comes along with the thoughts, images, objects and situations that trigger their obsessions. “Response prevention” is the part of the treatment in which the child makes a choice to not engage in the compulsive behavior so that the distress that follows from the obsessions attenuates on its own over time without reliance on the ritual.

For more information on Bradley Hospital’s Intensive Program for OCD or how we can help your child, visit our website. 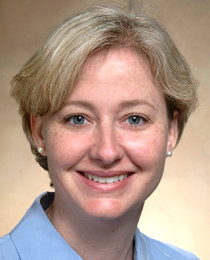 Going Back to School: How to Help Children Feel Safe During the Pandemic

Gardening and Its Many Benefits