The American Academy of Pediatrics (AAP) issued a policy statement on this topic that went through extensive review among pediatricians in the field and also a sample of people who identify as part of the transgender and gender diverse community. As the lead author, I can say that a lot of consideration was put into the terms used throughout the policy statement.

Our focus was on a strengths-based approach that avoids negative connotations. Using certain language and explicitly appealing to a child’s strengths and resiliency, regardless of their gender identity, can have profound effects in promoting positive development.

Before we can talk about the policy, let us shed some light on some commonly misunderstood terms.

Current research suggests that, rather than predict or prevent who a child may become, it is better to value them for who they are now, even at a young age. This fosters secure attachment and resilience. Gender affirmative care is based on the belief that all children benefit from love and support. The goal is not treatment. It is to listen to the child and, with the help of parents and families, build understanding.

Through strong, nonjudgmental partnerships with patients and their families, pediatricians create an environment of safety in which complicated emotions, questions, and concerns related to gender can be appreciated and explored. Gender affirmative care is most effective in a collaborative system with access to medical care, mental health, and social services, including specific resources for parents and families.

Research suggests that children who assert a gender diverse identity know their gender as clearly and consistently as their developmentally matched peers and benefit from the same level of support, love, and social acceptance. It used to be the case that for children, gender diverse assertions were held as “possibly true” and not acknowledged until an age when the child was believed to be old enough to know for sure. This does not serve the child, because it increases discomfort without offering critical support and understanding. Attempts at predicting or changing who a child may become have shown to be unsuccessful, and even harmful.

These recommendations are aimed at creating a system where gender diverse feelings and concerns in children and teens are appreciated and respected, rather than suppressed. Parents are provided resources to help them provide understanding, love, and appreciation for their child as they are in the moment.

Family and community supports are also essential for the healthy development of all children. Increasing evidence shows that support or rejection ultimately has little influence on the gender identity of youth. It may, however, profoundly affect a young person’s ability to openly discuss or disclose concerns about their identity and feelings. When a child feels they must suppress their gender concerns, it negatively affects their mental health.

On a larger scale, lack of support, discrimination, and stigma in society leads transgender and gender diverse individuals to avoid academic opportunities, routine medical care, and other prosocial experiences. Therefore, the AAP’s policy statement focuses on the importance of listening to, respecting, and supporting transgender and gender diverse children. We know that older transgender teens with supportive families are less likely to have severe depression or report suicidal thoughts than those in families that report no support at all. Even being able to identify just one supportive person significantly decreases distress for these individuals.

It is understandable that parents have questions regarding their children and gender identity. There are some common themes that emerge. Parents may wonder if children can become transgender due to friends or online information. They may also question if there were signs that they missed in their child. The fact is being transgender is not contagious. Some youth may not have confronted gender diversity, or feel they must suppress gender diverse traits, until they find nonjudgmental and affirming peer or online communities that provide exposure to a wider range of gender identities and expressions.

If parents discovered their child is gender diverse, or the child works up to disclosing such suppressed feelings, it may seem sudden and unexpected. Some transgender youth expect immediate acceptance, but often family members proceed through a process of becoming more comfortable and understanding of the youth’s gender. The process often resembles the stages of grieving, as it may require parents to let go of strongly held expectations for their child. Pediatricians can help by promoting open dialogue and perspective-taking between the youth and their parents.

Most importantly, remember that these are children and they need our support. You can learn more about the services we provide for these families here.

In addition, the AAP has created some helpful guides for parents:

How pediatricians can help with gender identity

Understanding that there are many influences on a child’s development, the AAP’s policy statement provides recommendations for pediatricians and for the larger health care system to promote acceptance of gender diversity. Pediatricians should offer gender-affirmative care, appreciating the child’s gender experience at their stage of development and maintaining a nonjudgmental partnership with the child and family.

Ideally, pediatricians can assist the parents and child in understanding each other’s concerns. Family-based therapy and support should be offered to help with emotional and mental health needs of parents, caregivers, and siblings of a transgender youth. Pediatricians can also advocate, educate, and develop relationships with school districts and other community organizations to promote acceptance and inclusion of all children. On a larger scale, pediatricians are encouraged to advocate for policies and laws that protect transgender youth from discrimination and violence.

The AAP recommends that electronic health records and clinical research should be designed to respect the asserted gender identity of each patient while maintaining confidentiality, and that insurance plans offer coverage for health care needs specific to the needs of transgender youth, such as medical, psychological, and surgical care, when indicated.

For more information visit our Adolescent Healthcare Center website. The center is located at 1 Hoppin Street, Suite 3055 (3rd floor) in Providence, RI. To schedule an appointment or for further information, please call us at 401-444-5980. 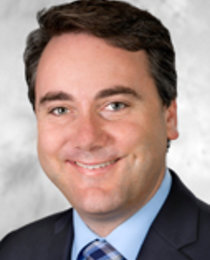 Dr. Jason Rafferty is a pediatrician and child psychiatrist at the gender and sexuality clinic and at the adolescent healthcare center at Hasbro Children’s Hospital. He also works with the Transgender Health Access team at Thundermist Health Centers.  Dr. Rafferty specializes in substance abuse disorders and gender and sexual development.

A Child’s First Cell Phone: A Guide for Parents

Teal Pumpkins on Halloween and What They Mean

What is Gender Affirming Care?