What is Broken Heart Syndrome?

We all know that the heart performs vital functions like pumping the blood, oxygen and nutrients to organs in the body. Yet, when we talk about emotions, the heart seems to have a life of its own. We all have experienced sad or even happy moments that were so intense that we said: “this breaks my heart” or “my heart bursts.” Indeed, in many cultures, the heart is considered the center of emotional life.

“Le cœur a ses raisons que la raison ne connaît point...” The heart has its reasons, which reason knows nothing of…

What does science have to say about this? Can strong emotions cause heart problems?

Stressful events, depression, and stress have all been linked to a higher risk of heart problems. For example, studies have shown that anger can be a powerful stressor. A research study showed that in people with existing heart problems, just remembering an event that made them angry is enough to reduce their heart function.

The stress associated with traumatic events is also an important trigger. For example, the risk of having a cardiac arrhythmia (e.g., irregular heart beat) increased by more than twofold during the month immediately after the World Trade Center attack on 9/11 compared to the months preceding the incident.

All these studies show that strong emotions can be problematic. However, strong emotions and distress are not the only causes of a heart attack. But they are important triggers, especially for people with existing heart problems or whose heart arteries have some degree of narrowing, even without symptoms.

Can you actually die of a broken heart? Is Broken Heart Syndrome real?

Broken Heart Syndrome is a real condition. Doctors call it stress-induced cardiomyopathy, or Takotsubo syndrome, because the shape of the heart during the attack resembles an octopus trap (in Japanese: Takotsubo). The Japanese were the first to identify this syndrome in the early 1990s.

How common is Broken Heart Syndrome?

It is fairly uncommon, found in about three out of 100 (three percent) hospital patients with a suspected heart attack. This condition can strike people who never had a heart problem. In most cases, the arteries in the heart look pretty normal when doctors examine them through a procedure called an angiogram. It is important to note that over 90 percent of cases occur in women after menopause and 10 percent in men. It is also very rare in younger women. The reasons are not clear but could be due to differences in hormone levels.

The stressors for Broken Heart Syndrome

An interesting feature is that one-third of those experiencing this condition report a significant “emotional stressor” before the attack (hence the name “Broken Heart Syndrome”). The stressors may include the unexpected death of a spouse or child, being in an accident, house fires, losing significant amounts of money, public speaking or quarreling. Another third , instead, have “physical stressors” such as a severe asthma attack, a serious infection, non-cardiac surgery and strokes. And about one-third of people appear to develop Takotsubo without any stressors at all.

The symptoms of Broken Heart Syndrome

The symptoms of the Broken Heart Syndrome are similar to signs of a heart attack - chest pain, shortness of breath, nausea, or passing out. Unlike a heart attack though, when doctors perform an angiogram of the heart, they find minimal or no blockages in the heart vessels.

They also find that certain areas of the heart do not pump well while others are super-active (thus giving the heart the shape of an octopus trap). Studies also show that the levels of the stress hormones in the blood are markedly higher in people with the Broken Heart Syndrome than among those with a “regular” heart attack.

The good news is that this condition is treatable. It is rarely fatal and the large majority of patients makes a complete recovery within a few weeks.

The less good news is that over the following year or so following an episode of Broken Heart Syndrome, some individuals may have another episode or be readmitted to the hospital for other cardiovascular problems. In others, an ultrasound of the heart still shows that the heart has not quite recovered from the first episode.

Even though this condition is treatable, and we have learned a lot about what happens when people have it, there is still a lot we do not know. I started doing research on Takotsubo syndrome ten years ago.

As a physician, I was always very interested in the connection between the mind and the heart. Maybe because I grew up in Italy, where people have a big heart and are very passionate about pretty much everything (and so am I). But my specific interest in Takotsubo was born from the personal experience of my mother developing this condition, and my desire to help other women.

In 2012, I was funded by the American Heart Association to do some preliminary work. Through that research, we found that women with a history of anxiety, symptoms of post-traumatic stress disorder, and those with repeated stressful events in the recent past were more likely to develop Takotsubo syndrome.

In 2020, I received a $2.8 million grant from the National Heart, Lung, and Blood Institute to study in more depth the role of stress in Broken Heart Syndrome. We hope that this study will help clarify which type of stressors people experience before the attack, and how the way they respond to stress may affect their risk of having a second episode.

What you should know about Broken Heart Syndrome

How to reduce your risk of Broken Heart Syndrome

Since it is impossible to control stressful events in life (as we know, things happen) – what can YOU do?

For more information about our research on Broken Heart Syndrome and other studies, visit our website. 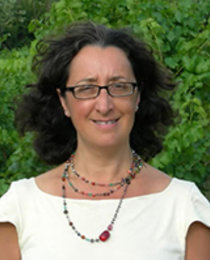 Dr. Elena Salmoirago-Blotcher is a senior research scientist at The Miriam Hospital Center for Behavioral and Preventive Medicine.

Why Clinical Trials Are Important