What Is Chickenpox? Who Gets It? Should You Vaccinate?

Chickenpox, also known as varicella, is a disease dreaded by both parents and children alike.

In the United States, prior to the introduction of chickenpox vaccine in 1995, it was mainly a childhood disease. Approximately four million cases occurred each year, with 90 percent of those occurring in children, mostly before age 10. In any given year, about 11,000 people were hospitalized for chickenpox, with on average 100 deaths.

The signs and symptoms

When to see a health care provider

Chickenpox is one of the most contagious viral infections with an attack rate of 87 percent in susceptible individuals. It is only slightly less contagious than measles and smallpox.

The most contagious period is while the rash is spreading. A child may also be contagious one to two days before the rash appears. An infected person no longer spreads the virus when all the vesicles have scabs or crusts and no new skin vesicles are forming.

Who is at risk

Anyone can get chickenpox. However, some individuals are at a higher risk. Immunosuppressed children have a high risk of severe chickenpox, which may result in significant mortality and morbidity. Also, newborns whose mothers develop chickenpox during the late third trimester of pregnancy may have severe chickenpox. If the mother’s rash appears between five days before and two days after delivery, infant mortality can be as high as 20 to 30 percent.

The good news is that chickenpox is a relatively benign disease, and complications are rare in healthy children. Those complications, however, may include severe skin infection, scars, pneumonia, brain damage, or death. Also, individuals who have had chickenpox can get a painful rash called “shingles” years later.

Caring for a child with chickenpox

There are several steps parents should take for this condition.

Preventing varicella with the vaccine

The chickenpox vaccine can prevent varicella. Most who receive the vaccine will not experience the condition. If someone who has been vaccinated does get chickenpox, it is usually a very mild case, with fewer blisters, less fever, and faster recovery.

All healthy children should receive two doses of chickenpox vaccine. The first dose is recommended at one year of age, and the second at four to six years of age. For catchup immunization in children 12 years and younger, two doses should be given at least three months apart. For catch-up immunization in children 13 years and older, two doses of varicella vaccine should be given at least 28 days apart.

Because the chickenpox vaccine is a weakened live virus vaccine, it generally is not recommended for use in pregnant women or in immunocompromised patients.

The risks of vaccination

A vaccine, like any medicine, may cause serious problems, such as severe allergic reactions. However, the risk of the chickenpox vaccine causing serious harm or death is extremely small. Receiving the vaccine is much safer than getting the disease. Most people who get chickenpox vaccine do not have any problems with it. Reactions are usually more likely after the first dose than after the second.

Minor problems that may arise following a chickenpox vaccination include soreness or swelling at the site of the shot, fever, or mild rash. It is important to note that while it is possible for newly vaccinated individuals to infect other members of their household, it is extremely rare.

More serious problems following chickenpox vaccination are rare. They can include: seizures (either jerking or staring) associated with fever, and infection of the lungs (pneumonia), or the brain and spinal cord coverings (meningitis).  In addition, a severe allergic reaction post-vaccine is estimated to occur once in a million doses. Signs of a severe allergic reaction can include hives, swelling of the face and throat, difficulty breathing, a fast heartbeat, dizziness, and weakness starting a few minutes to a few hours after the vaccination.

While chickenpox was once almost a rite of passage for children, thanks to a safe vaccine, the number of cases is very small these days. Be sure your child is vaccinated.

If you think your child may have the chickenpox contact their health care provider. For more information on chickenpox and other infectious childhood conditions, visit the Centers for Disease Control and Prevention website. 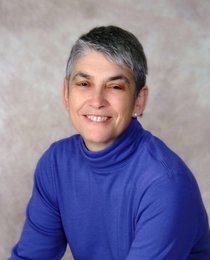 Monkeypox: What Is It, What Causes It, and How It Is Spread