Sepsis has recently been a popular topic in the news. While you may have heard of it, you may not understand just what it is.

Sepsis is the body’s response to an infection such as pneumonia, skin infections, or urinary tract infections that are usually caused by common bacteria. It is not caused by “superbugs” or hospital-acquired conditions.

Sepsis, however, does not occur with every infection. Not only is an infectious illness involved, but the patient must also be a “primed host” due to a compromised immune system as the result of another condition, viral illness, or genetic makeup.

Sepsis most commonly occurs in patients with chronic conditions or those in the extreme ages of life: either very young or very old. However, it can also occur in otherwise healthy children. In fact, it is the most common cause of death in hospitalized children in both Rhode Island and the rest of the United States. More than 75,000 children develop sepsis each year across the country and more than 3 million die around the world.

Currently, sepsis is difficult to predict. In the early stages of sepsis, the signs and symptoms may overlap with those of a routine infection, especially in otherwise healthy children and adolescents. This makes it difficult to diagnose. However, once the cascade of events begins, sepsis progresses very rapidly. So early detection and initiation of treatment is most important.

While certain tests are helpful in diagnosing sepsis, they are not absolute, which complicates matters. To help, medical staff members at Hasbro Children’s Hospital each carry a “sepsis risk factor” card to alert them to conditions, signs, and symptoms of possible sepsis.

Parents and caregivers know their children well and are usually able to recognize changes in their children that are not common during a routine illness. Those include:

Parents should treat these signs and symptoms as a medical emergency and seek immediate care. Either go directly to the emergency department or call 9-1-1 and be sure to say that you are concerned about sepsis.

At Hasbro Children’s Hospital, we use validated assessment tools to evaluate our pediatric patients. We assess many more children for sepsis than those who are diagnosed with it.

Once identified, we begin targeted interventions designed to support the body and stop the escalating series of physiologic events that can lead to organ failure. The treatment is time sensitive and includes:

The risk of sepsis mortality rises every hour without antibiotic treatment, and 40% of children who survive are often left with some sort of disability.

Hasbro Children’s Hospital is part of a national effort administered through the Children’s Hospital Association (CHA). A group of 60 children’s hospitals are working to improve the early recognition and treatment of sepsis and to define its physiologic markers. This effort involves medical providers and staff in all areas of the hospital to provide a continuum of care from outpatient clinics, the emergency department, the intensive care unit, and inpatient units.

In addition to educating health care providers, the CHA Improving Pediatric Sepsis Outcomes (IPSO) collaborative has an additional goal to increase public awareness and educate parents to identify the common signs of this condition, and to recognize them as a medical emergency.

Whenever your child shows signs of a medical emergency, we are here to help. Learn more about the emergency services at Hasbro Children’s Hospital. 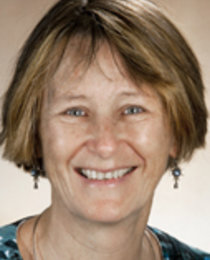