Balance, mindfulness, and mental wellness are essential to a healthy lifestyle. 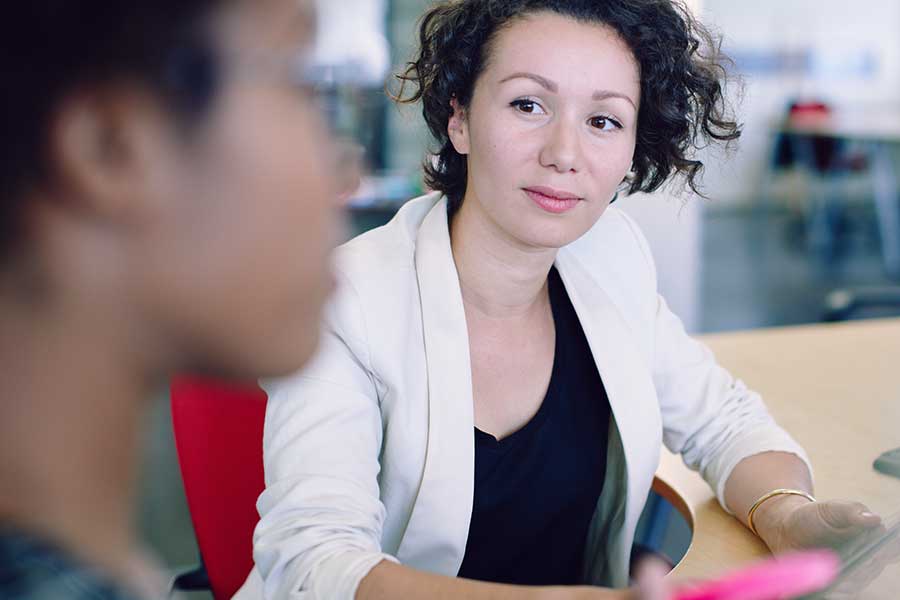 Our work lives account for a good deal of our waking hours. Forty or more each week are often spent with the people at work. It’s no wonder many individuals have struggled with interpersonal issues in the workplace.

Lisa Shea, MD, a psychiatrist in Lifespan’s Outpatient Psychiatry Providence office, says, “It is usually the clash in personality traits that is the most likely cause of conflict in the work place.”

There are what is known as the “Big Five” personality types. Each of these domains are associated with particular traits. Daniela Boerescu, MD, a psychiatrist with Lifespan’s Outpatient Psychiatry program, explains them:

Given the range of types, it’s understandable why different personality types may sometimes clash in the workplace. Someone with a high score on openness to experience and extraversion may come up with a totally different solution for a problem than someone with a high score on the conscientiousness. It doesn’t mean either one is wrong, but if they both feel strongly about doing it, it could create conflict.

At the same time, it might seem logical to assume that someone with a high score on the agreeableness factor could only minimize conflict. However, the “peace making“ behavior can reinforce passive-aggressive behavior (see below), which can also lead to conflict.

That is why it is important to avoid focusing on any one individual as the root of the problem. Instead, a better approach is to analyze the way a problem developed, try to understand the position of each party in the conflict, and then work together towards conflict resolution.

Other sources of conflict

Dr. Boerescu says there are any number of interpersonal issues that may arise at work.

Dr. Boerescu explains that passive-aggressiveness is a pattern of expressing your negative feelings in an indirect way. Passive-aggressive behaviors are forms of indirect or hidden aggression and usually triggered by resentment of authority figures, discomfort with self-assertion, or fear of negative consequences, such as rejection or punishment. Examples of such behaviors are procrastination, forgetting or deliberately doing a poor job, deceitfulness, pessimistic attitudes, mixed messages, gossip, and withholding information. To avoid conflict resolution, being direct is a much better choice.

So how do you deal with a client or co-worker who manages to get under your skin? Michael McQuiggan, MD, site director for East Providence outpatient psychiatry, says, “There is no one thing that can solve the many interpersonal issues that arise in the workspace. However, there are some simple strategies that can be useful to help make your interactions as productive, professional and effective as possible.”

Dr. Shea says, “Overall, while it may sometimes seem that conflict is unavoidable, it can be diffused. It actually starts with you.”  She shares the following simple tips to encourage more positive interactions with coworkers:

Navigating the workplace every day presents a myriad of possibilities for conflict. Being conscious of that and taking steps to avoid it can go a long way.

Dr. McQuiggan says, “Though we cannot control other people, we can control ourselves and how we choose to react to and engage with others. Hopefully, these simple suggestions and strategies may help you to navigate these complicated situations when they arise in the future.”

If you are experiencing conflict or need to speak with someone, our Lifespan Outpatient Psychiatry team is available. Learn more on our website.

Lifespan Outpatient Psychiatry provides patient-centric services in a caring, supportive environment. Staffed by a team of psychiatrists, psychologists, licensed social workers and community treatment specialists, our program offers tailored, personal and coordinated treatment for patients age 18 and older who are experiencing a variety of mental health and behavioral health conditions.

What is Telehealth and How Can It Help Patients?

Over the past two decades, many smartphone users have taken advan

Talking to Children about Racism, Racial Injustice and Protests

The recent events related to the tragic deaths of George Floyd, Breonna Taylor, and Ahmaud Arbery have given rise to important questions about how

Siblings and social distancing: Making the most of it

These days, families have hunkered down and kids have settled into a new routine of school at home.