An active lifestyle is a healthy lifestyle. Learn about more ways to get moving. 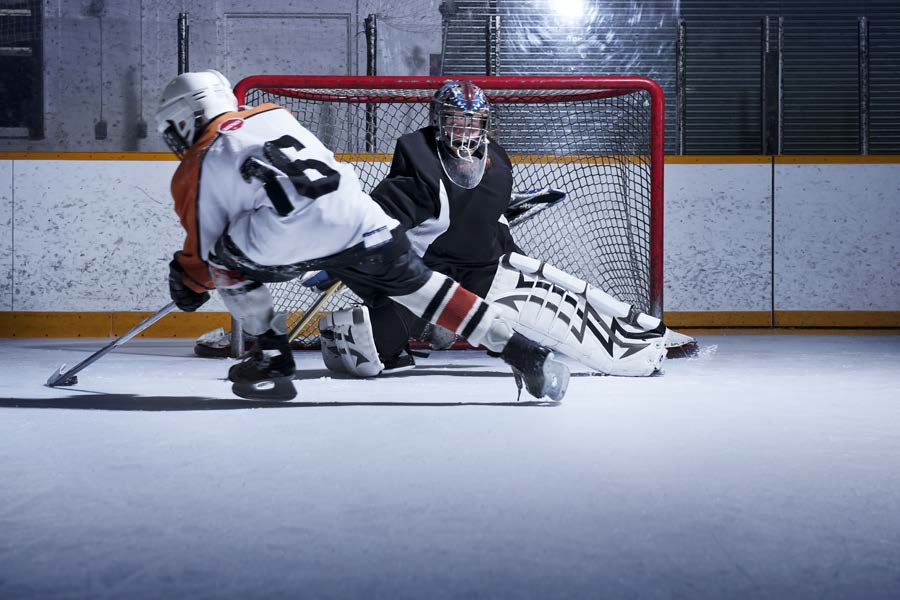 I love ice hockey. I grew up in upstate New York, a hotbed for hockey rivaling its neighbors in Canada and New England. Both of my kids play. As a sports medicine physician and parent, I spend a lot of time in rinks and on football fields, both as a spectator and as a covering team physician. I also manage sport-related concussions in athletes of all ages, from youth to adult professionals.

While football has been in the spotlight for its concussion risk, the truth is, ice hockey has a similar concussion rate to other youth collision sports, including football, rugby, and lacrosse, according to a 2015 study published in the journal Pediatrics.

Body checking in ice hockey, as inseparable from the sport as tackling is in American football, is the culprit in the majority of cases, -- more specifically, illegal body checks. Those include checking from behind, hits to the (helmeted) head, and hits on defenseless players. These hits remain part of the game despite recent rule changes at the youth and high school level designed to minimize these acts.

Eliminating illegal acts, teaching proper body checking technique, and changing the culture of the sport, where fighting is still legal at the professional level, have proven difficult endeavors to achieve, despite valiant efforts of governing bodies including USA Hockey and the National Federation of State High School Associations (NFHS). When I take medical histories from concussed ice hockey players or talk with uninjured players, there is frequent mention of kids purposely trying to “wreck” their opponents. This is fairly unique to ice hockey. I don’t hear this from football players. Lacrosse players? Undertones, but not to the extent that exists in boys’ ice hockey.

The culture has to change.

We all need to take responsibility for malicious, unfair play – coaches, players, parents, and league officials. Concussions can often take weeks to months or longer to resolve. I hear repeatedly from parents that the perpetrator/aggressor should not be allowed to return to their hockey team until the concussed player that they injured has returned to play. While a simple and logical solution, it will never be implemented.

Rule changes, however, offer the most promise in reducing concussions in sports. In 2015, Rhode Island became the first U.S. state to implement a novel rule change in high school boys’ ice hockey, which suspends players who accumulate more than 50 penalty minutes (PIM) during the regular season. Players who surpass 70 PIM are suspended for the remainder of the season including playoffs. Additionally, a "watch list" of players who have exceeded 25 PIM is posted on the league website, and serves the purpose of “shaming” players accruing excessive PIM.

How effective was this rule change? Game ejections were reduced from an average of 15 to 20 game ejections per season in prior seasons to six game ejections in season 2015-16, and fighting penalties were virtually eliminated, according to the Rhode Island Interscholastic League.

The impact of this “fair play” rule change on reducing head, neck, and spinal injuries is now being formally studied by a group of Rhode Island Hospital physicians and researchers, with a goal of policy change at the regional and national level. In sports as in life, change can be hard. Head injuries will never be eliminated from collision sports. But opportunity exists to make collision sports safer, and rule changes offer the most promise. Players, parents, coaches, officials, and governing bodies of collision sports need to continue to collaborate to implement and enforce rule changes and policies that protect players from malicious, illegal body contact which can result in brain injury, academic difficulty, and premature retirement from sport.

Peter K. Kriz, M.D., is an orthopedist at Hasbro Children’s Hospital, specializing in sports medicine. Dr. Kriz is also the chief of primary care sports medicine at University Orthopedics, an assistant team physician for Brown University Athletics, and a concussion specialist for the Providence Bruins. His research interests include injury prevention in youth sports and sport-related concussions.

What Is a Bunion?

A bunion refers to a bony bump at the base of the big toe.

Kids, Summer Injuries and How to Avoid Them

During the summer, given no school, longer days, and occasionally less supervision, children and adolescents will inevitably sustain injuries.

It’s hard to imagine our world without technology. Its use is evident in almost every aspect of our lives, and medicine is no exception.

Joint pain does not need to slow you down.