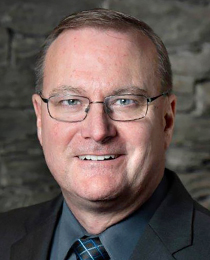 He was nominated for the award by Eileen Danaher, D.M.D., Sara DiNardo, D.M.D., and Elizabeth Benz, D.M.D.  Benz is the director and DiNardo the assistant director of Samuels Sinclair Dental Center, which provides dental services to children and to intellectually or developmentally disabled patients of all ages. Their letter praises his clinical skill; his warmth and empathy with his patients; and his love of teaching. The nomination noted Dr. Brown’s history of treating the most complex cases.

Danaher read part of the nomination letter at the January annual meeting of the Rhode Island Hospital Medical Staff Association. “While maintaining a busy practice in East Greenwich, (Brown would) arrive at the hospital to round on patients before and after his scheduled day… Dr. Brown is rarely alone while making rounds in the hospital. He is often followed by plastics, pediatric, dental and ENT residents, all of whom love him. Dr. Brown is constantly teaching and encouraging these residents.”

The letter also noted Brown’s bedside manner that endears him to patients at the dental center, many of whom are medically and behaviorally challenging to treat. Brown, who served for 12 years on active duty in the U.S. Army prior to coming home to Rhode Island, volunteers his services through the Dental Lifeline Network, connecting medically fragile and disenfranchised patients with free care, and the Rhode Island Mission of Mercy, an annual free clinic.

“The Milton W. Hamolsky Physician of the Year Award is meant to honor doctors who have distinguished themselves with skill, leadership and professionalism,” said Latha Sivaprasad, M.D., chief medical officer of Rhode Island Hospital. “Dr. Brown meets and exceeds all of these marks, and is an enormously valued member of our dental and surgical teams. Aside from being an excellent clinician, he is known to all here as an outstanding person. He is highly deserving of this award.”

Brown, a resident of West Greenwich, R.I., is also a clinical associate professor of surgery at the Warren Alpert Medical School of Brown University, and is a consultant to the dental assistant program at the Community College of Rhode Island. He is involved in numerous professional societies including the American Dental Association (ADA) and the American Association of Oral and Maxillofacial Surgeons (AAOMS).  Brown is a fellow of the Pierre Fauchard Academy and of the International College of Dentists. He has served multiple leadership roles including President of the Rhode Island Dental Association (RIDA) and President of the Kent County Dental Society. He is the long-term delegate for the RIDA and currently serves as the ADA’s district 1 deputy whip.  He is also the delegate for the Rhode Island Society of Oral and Maxillofacial Surgeons and currently serves as the AAOMS district 1 caucus chair.

Prior to joining Rhode Island Hospital, Brown spent four years as a staff oral and maxillofacial surgeon at Winn Army Community Hospital in Fort Stewart, Georgia. After earning his B.S. in biology at Providence College, Brown attended Tufts University School of Dental Medicine in Boston, earning his D.M.D. prior to embarking on his Army career. He was selected by the Army for advanced training in oral and maxillofacial surgery training at the University of Texas in Houston.

The Milton W. Hamolsky Outstanding Physician Award is presented each January to a doctor who has made exceptional contributions to patient care and leadership. The late Milton Hamolsky, M.D., was an endocrinologist who came to Rhode Island Hospital in 1963 and served as the first full-time physician-in-chief from that time until 1987. Hamolsky served as the chief administrative officer of the Rhode Island Board of Medical Licensure and Discipline and was a noted pioneer of medical education in Rhode Island.