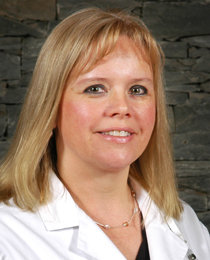 Liz Morrell joined our staff in 2002 to establish and manage the largest lung cancer screening trial to ever to be undertaken. Eight hundred twenty-six participants from Rhode Island, Massachusetts, Connecticut and New York were enrolled into the National Lung Screening Trial (NLST) sponsored by the National Cancer Institute (NCI) and the American College of Radiology Imaging Network (ACRIN). Now that the work on NLST is completed, she has taken on other projects that include radiofrequency ablation and proteomic analysis after thermal ablation, blood biomarkers in Breast and Lung cancer as well as MR imaging of the brain. She also has a thorough working knowledge of database construction and management using the Microsoft Access and RedCap programs. She received her credentials as a clinical research professional from the Society of Clinical Research Associates in 2008. Liz Morrell can be reached via e-mail at emorrell@lifespan.org.