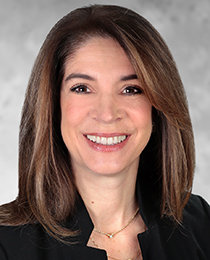 Maria Ducharme, DNP, RN, NEA-BC, is president of The Miriam Hospital. Dr. Ducharme has spent her entire professional career at The Miriam Hospital, where she began as a cardiovascular medical/surgical nurse. Her impressive breadth of experiences has included leadership roles in inpatient nursing, respiratory therapy, and rehabilitation services. In 2010, she was named senior vice president for patient care services and chief nursing officer of The Miriam.

Dr. Ducharme has led some of The Miriam’s most ambitious and successful efforts to achieve excellence in the quality of patient care at the hospital. She helped lead the hospital’s response to COVID-19, directly overseeing the refinement and deployment of new safety protocols developed in response to the coronavirus pandemic. Under her stewardship, The Miriam attained four-year Magnet recognition — considered the gold standard for nursing excellence — six consecutive times, which is a feat accomplished by only three other hospitals in the United States.