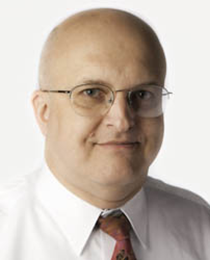 Yul D. Ejnes, MD, MACP, is an internal medicine specialist who received his medical degree from Brown Medical School in Providence, Rhode Island, in 1985 and completed his internal medicine residency training, followed by a year as Chief Medical Resident at Rhode Island Hospital. He is board-certified by the American Board of Internal Medicine.

A founding partner of Coastal Medical, Inc., Dr. Ejnes is a former member of its Board of Directors and a current member of Coastal's Governance Committee. He is on the affiliate staff of Rhode Island Hospital, where he served on several committees, including the Medical Executive Committee, Credentialing Committee, and the Medical Record Committee, which he chaired. He is a Clinical Professor of Medicine at Brown Medical School, where he teaches medical students and residents, including training medical residents in the private practice setting. Dr. Ejnes has written and lectured on the medical use of the Internet and was one of the first physicians in Rhode Island to use electronic mail for patient-physician communication.

Dr. Ejnes is a Past Chair of the Board of Regents of the American College of Physicians (ACP), the nation's largest medical specialty organization. He served as Chair from 2011-2012. Dr. Ejnes was Governor of the Rhode Island Chapter of ACP from 2002-2006 and chaired the national Board of Governors from 2006-2007. He also served on or chaired numerous ACP national committees and has spoken nationally and internationally at ACP meetings. For five years, he wrote a monthly column for ACP on the KevinMD.com blog.

In April 2012, Dr. Ejnes became a Master of the American College of Physicians (MACP) at the Internal Medicine meeting in New Orleans. Levels of membership in ACP are Medical Student, Associate, Member, Fellow, Honorary Fellow, and Master. Election to Mastership recognizes outstanding and extraordinary career accomplishments. Masters must have made a notable contribution to medicine. This includes, but is not limited to: teaching, outstanding work in clinical medicine (research or practice), contributions to preventive medicine, improvements in the delivery of health care, and/or contributions to the medical literature.

Presently, Dr. Ejnes is Chair of the Board of Directors of the American Board of Internal Medicine, which certifies and recertifies internal medicine specialists and subspecialists.