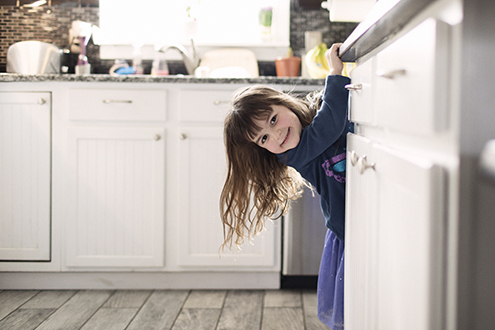 Every day is a miracle for little Violet and her parents

Violet Graney looks like a typical preschooler. Wearing a Minnie Mouse T-shirt, with her glossy brown hair tied in a ponytail, she holds down a coloring page with her left arm while using the crayon in her right hand. She greets a visitor with a winsome smile before returning to her project.

Violet is far from ordinary, though. She’s truly a miracle child, thriving today thanks to the boundless love of her family and the expertise of specialist physicians and other medical professionals who have cared for her since her birth. Countless donors to the Rhode Island Blood Center and wellwishers who raised funds played their parts as well.

"I’ve practiced 25 years, and I’ve never seen anything like it before."

Dan and Angela Graney’s daughter was born a week early in an emergency Caesarean section. The pregnancy — Angela’s third — had progressed normally. But on Memorial Day weekend 2014, she realized that the baby wasn’t moving as much as usual. Dan encouraged her to check in with the obstetrician on call, who asked her to come to the local hospital near their South Kingstown home, for a quick check.

An ultrasound revealed an enormous mass. “I’ve practiced 25 years, and I’ve never seen anything like it before,” the doctor told them, urging the couple to go directly to Women & Infants Hospital in Providence.

Violet was born with a tumor “the size of a football” on her left arm, her father says. It had ruptured while she was in the womb, and “at that moment, her biggest threat to her life was the massive amount of bleeding,” Angela  says.

As quickly as the surgical team transfused her, Violet lost the blood. She was suffering from multiple organ failure, and couldn’t be roused. Her parents were braced for her not to survive.

But survive she did.

The tumor on Violet’s arm was identified as infantile fibrosarcoma, a rare form of cancer.

At 15 days old, the newborn was transferred from the neonatal intensive care unit at W&I to Hasbro Children’s Hospital, where Dr. Christopher S. Muratore, a pediatric surgeon, and Dr. Jennifer Greene Welch, a pediatric hematology oncologist, led her care team. An array of specialists also were on the case as the baby’s kidneys, liver, and bowels recovered.

Violet’s first round of chemotherapy was administered when she was three weeks old. The goal was to reduce the tumor enough to surgically remove it without resorting to amputating her arm.

Because changing Violet’s bandages always triggered bleeding, the process was done in the operating room as a precaution against infection and in case of an emergency. Throughout her first four months of life, Violet received blood products, including platelets, red cells and plasma, almost daily.

Dan’s parents temporarily moved from upstate New York to South Kingstown to help take care of their grandson Harrison and granddaughter Paige, then 7 and 5 respectively. 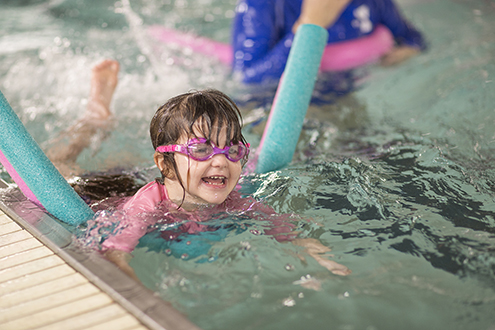 "They cared for us as a family, and not just as a patient."

Angela spent her days at Hasbro Children’s and her nights doing research about treatments, surgeons, and pediatric cancer centers.

“When it came time to think, ‘OK, They’ve done what they can do for her here at Hasbro, should we take her to a bigger hospital, a more well-known hospital? ’ we really thought, not only do these people have the skill, but they are as invested in her as we are. That makes a huge difference. They cared for us as a family, and not just as a patient.”

By late October 2014, after four rounds of chemotherapy, the tumor had shrunk enough to allow Dr. Muratore, working in tandem with Dr. Reena Anjalie Bhatt, a plastic surgeon and hand specialist, to remove it.

Violet’s parents say the team at Hasbro Children’s was laser-focused on achieving the optimal outcome for Violet. “Everybody had a job to do, and everybody did their job,” says Angela.

The pediatric hand surgery wasn’t the end of Violet’s treatment, though. She had more rounds of chemotherapy, and except for brief visits home, was an inpatient at Hasbro Children’s until January 2015.

Since then, the little girl has undergone additional surgeries to improve the function of her hand and to investigate a suspect spot that turned out to be scar tissue. She’s had a series of follow-up scans at regular intervals, and if all goes well with her next one, Dr. Welch says the tumor is extremely unlikely to come back.

Hasbro Children’s has become entwined in the Graneys’ lives. When Violet visits for appointments, she calls it “MY hospital.”

“She goes in and everybody knows her,” says Angela. “They’re very good about making a fuss over her, and they give her big hugs.”

"You’ll hear people say that she’s a miracle, and it’s true, because so many things had to happen in order for her to survive that it’s astounding that she’s here." 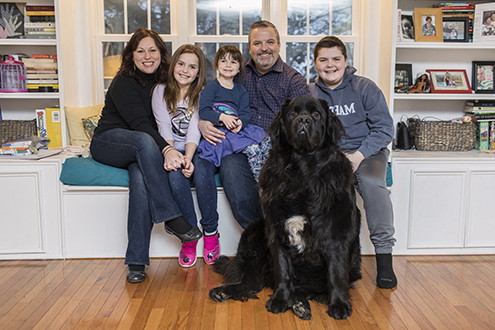 The Graneys have an annual ritual. “Every Christmas – either Christmas Eve or Christmas Day – we go and bring dinner to the nurses (on Hasbro 5, the oncology unit), and that’s kind of our way of keeping in touch and saying thank you. They love seeing her and visiting with her.”

“She’s wonderful,” says Angela. “She walked us through everything, and was there for us. We owe her our lives.”

For Dr. Welch’s part, she comments, “It’s very gratifying to meet a family on the worst day of their life and to be able to guide them through the process of figuring out what’s wrong with their child. It’s particularly emotional when this is happening on the day the child is born.

“And then to be able to walk with them through some of those dark days when their child is very ill and they’re concerned about what might happen, and now to look at her four years later and hear about her going to school and riding a bike and playing and going on the monkey bars and doing the things that any other child would do” is incredibly rewarding.

Violet attends pre-K at the Child Development Center at the University of Rhode Island, where both her parents are administrators, and is achieving all her developmental milestones. “It has not slowed her down one bit. She’s been able to adapt, and change, and do things differently,” her mom says.

Angela sums up, “You’ll hear people say that she’s a miracle, and it’s true, because so many things had to happen in order for her to survive that it’s astounding that she’s here.”