ADHD and its symptoms

Attention deficit hyperactivity disorder (ADHD) is one of the most common medical conditions in childhood.

The symptoms of ADHD are usually first observed in early childhood, around ages three to four, and often continue into adulthood. The symptoms of ADHD get in the way of a child’s ability to succeed in the home, school, and social settings. They include:

Just because a child has trouble focusing or controlling their emotions does not mean they have ADHD. Young children experience struggles with staying seated, remembering information, and waiting their turn. This is expected and normal for young children.

With ADHD, the difference is that children continue to experience these struggles at an older age. Kids with ADHD develop skills and knowledge like other kids, but they may do so at a slower pace than their peers. A tool known as an ADHD evaluation will determine whether the child’s behaviors are normal for their age or possibly reflect ADHD.

ADHD in boys and girls

There are some differences in ADHD in boys and girls.

Clinicians, unfortunately, may also have some "blind spots" in our approaches to diagnosing ADHD. There is some evidence that when a child has milder symptoms, boys are more likely to be diagnosed with ADHD than girls. It’s important to be mindful of these potential biases.

We have known about ADHD for over 100 years. Symptoms in children were first described in the 1700s and 1800s. The earliest, modern description of ADHD was written by pediatrician Sir George Frederic Still in 1902. We have used the term ADHD (previously called “ADD”) since 1987.

Research has shown that ADHD is a disorder of the brain. It is not because the child is doing something on purpose or being a “bad kid.” It is primarily caused by dysfunctional activity in the “control centers” of the brain (called the “frontostriatal pathways”). These control centers are often immature in children with ADHD, which leads to their difficulties controlling their thoughts, feelings, and/or actions.

The most common reason a child develops ADHD is through familial or genetic inheritance. If a parent has ADHD, the child is very likely to also develop ADHD. It is the same as eye color, height, and other traits, which are genetically passed down from parent to child.

ADHD is best treated with a combination of medication and psychological interventions. Medications known as psychostimulants are a primary treatment of ADHD. About 70 to 80 percent of children with ADHD will experience an improvement in their symptoms from a medication. This is a very high success rate; in fact, it is higher than many common medical disorders and treatments. Unfortunately, inaccurate information on the internet regarding ADHD medication can confuse or mislead families who are new to ADHD. The fact is that medication is safe and effective for children with ADHD.

Our goal at Bradley Hospital is to develop new, brain-based treatments for ADHD. We are conducting a clinical trial to test whether magnetic brain stimulation can enhance dysfunctional brain activity underlying ADHD and improve clinical symptoms in teens ages 13-18 with ADHD. We “hypothesize” or think that participating will lead to improved ADHD-related symptoms. We are still enrolling and encourage families affected by ADHD to contact us. This study is generously funded by the Carol Peterson Foundation. If parents of teenagers with ADHD are interested in joining this clinical trial or learning more, please reach out to me at 401-432-1359 or Bkavanaugh@lifespan.org.

If you think your child is experiencing signs of ADHD, talk to your pediatrician or contact the Children's Neurodevelopment Center (CNDC) at 401-444-5685. 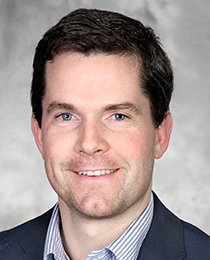 Brian Kavanaugh, PsyD, is a clinical neuropsychologist at Bradley Hospital with a specialization in pediatric neuropsychology and expertise in the neurocognitive aspects of childhood psychiatric disorders.

School Shootings and Community Gun Violence: What to Say to Children and How to Help Them Cope

Summer Schedules and Why Children Need Them