As humans, we each have 46 chromosomes, which hold about 20,000 genes. These sequences of letters serve as the body’s instructions.

Genetic tests allow us to look at each sequence to see if there are variants, known as mutations. When present, mutations increase an individual’s risk for developing a disease, such as cancer.

There are several types of genetic evaluations, including:

Let’s focus on genetic testing for hereditary cancer syndromes. This testing started about 30 years ago with what’s known as the “BRCA genes” for hereditary breast and ovarian cancer.

In 2010, more options became available to test for multiple genes. Typically, these tests focus on panels of between seven and 100 genes that have been associated with hereditary cancer predisposition syndromes.

When is genetic testing recommended?

About five to 10 percent of cancer is considered genetic. Certain patterns of cancer or family history may be suggestive of a hereditary cancer syndrome. Some indicators include:

If your family has any of these indicators, genetic testing may be right for you.

I’ve inherited a cancer predisposition gene. Will I definitely get cancer?

No. Even if an individual inherits a cancer-predisposing mutation, he or she might not develop cancer. For each gene, we have two copies, one from our mother and one from our father. Typically, when we are born, both copies are functioning.

In an individual with a hereditary cancer syndrome, one copy is working, and the other copy is mutated and nonfunctional. Our cells continuously divide over the years. It’s not until a “second hit” or a second mutation occurs that a cancer can develop.

A sporadic cancer is one that develops for unknown reasons, not due to a hereditary cancer syndrome. Looking at the statistics below, it takes two mutations to develop over the years to cause a sporadic cancer. In a hereditary cancer syndrome, it only takes one hit for the cancer to develop, since this individual is already born with the first mutation.

That is why we consider early development of cancer and multiple cancers in one individual as risk factors for hereditary cancer predisposition syndromes.

What are the risks for developing cancer?

The lifetime risks for cancer have been studied extensively with varying results. In general:

The general population risk for cancer in their lifetime (without a gene mutation):

The lifetime risk for cancer in an individual with BRCA1:

The lifetime risk for cancer in an individual with BRCA2:

The lifetime risk for cancer in an individual with Lynch syndrome:

Why is genetic testing performed on individuals already affected by cancer?

While it may seem like too little too late, there are several benefits for genetic testing on an individual who has cancer:

What are the benefits of genetic testing for family members?

If an individual tests positive for a hereditary cancer predisposition syndrome, first degree relatives, such as children, siblings, and parents, are typically at a 50 percent risk of also carrying this gene mutation. Second degree family members including grandchildren, cousins, or grandparents are at a 25 percent risk. These family members could also consider genetic testing.

If family members are also found to carry the cancer-predisposition mutation, they have options:

Which family member should be tested first?

To give us the best chance of detecting the mutation, we typically prefer to begin testing with the individual affected with cancer. If that’s not possible, we can still test other family members.

Who should I speak to about genetic testing?

Primary care doctors and oncologists can make a referral to see a genetics provider. There are many nuances about what testing to perform and what lab should be used based on family history and health insurance. It can be challenging to obtain insurance approval for testing if a smaller gene panel has already been completed, even if it doesn’t include all the genes that we are looking for.

Should I consider home genetic testing?

There are genetic tests for individuals to perform in their home, then send for results, such as 23andMe and Ancestry.com, or other direct-to-consumer (DTC) products. These products can be helpful in sorting out where your ancestors are from or finding relatives.

With the 23andMe test, there is an option to include the three BRCA1/2 variants that are known to be Ashkenazi Jewish Founder mutations. However, it is important to realize that there are more than 6000 variants in BRCA1/2 that we currently know about. So, if you are worried about a hereditary cancer condition, these DTC products are not comprehensive enough of a test.

There are online options that do genetic consultation and can help order or coordinate hereditary cancer testing. This includes full testing for BRCA. Genome Medical is one of those options. 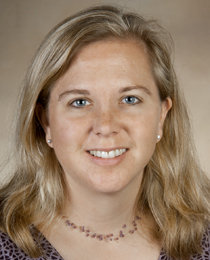 Dr. Lauren Massingham is a clinical geneticist in the division of genetics at Hasbro Children’s Hospital. She specializes in cancer genetics and pediatric and adult hereditary genetics.