What is lung cancer?

Lung cancer, like all cancers, is a disease of the genes. Normal cells experience changes in the genetic code. These changes are known as mutations and cause cells to grow abnormally, resulting in a tumor.

How common is lung cancer?

Nearly 250,000 Americans are diagnosed with lung cancer each year. Lung cancer is the leading cause of cancer death in the United States. It accounts for 150,000 deaths each year.

What are the types and stages of lung cancer?

When lung cancer is diagnosed, a type and a stage are determined. There are two types of lung cancers – non-small cell and small cell. We determine the type of lung cancer by taking a piece of the cancer through a procedure known as a biopsy. It is then looked at under a microscope.

The most important determination is whether the lung cancer is “small cell” or not. Small cell lung cancers are fast growing and spread easily so that every patient needs chemotherapy, and few patients can have surgery.

There are four stages of lung cancer:

Stage 1 – the cancer is only located in the lung and has not spread elsewhere in the body.

Stage 2 – the cancer is in the lung and nearby lymph nodes.

Stage 3 – the cancer is in the lung and lymph nodes in the middle of the chest (Stage 3 is further broken down by stage a or stage b, depending on whether it has spread to the other side of the chest or above the collar bone).

Stage 4 – the cancer has spread to both lungs, to the fluid around the lungs, or to other parts of the body. This is the most advanced stage.

Most patients with lung cancer require a positron emission tomography (PET) scan to determine the stage of disease. During the PET scan, the doctor injects radioactive sugar into a vein, which then travels throughout your body and collects in cancerous tumors to help the doctor detect where the cancer is located. It can also identify whether it has spread to other areas of the body.

It is true that some lung cancers happen when a gene changes by chance. However, only 10 percent of patients with lung cancer have never smoked cigarettes. Cigarette smoke is full of chemicals that cause gene mutations and is inhaled directly into the lung. That is why cigarette smoking causes lung cancer.

Who is at risk of lung cancer?

If you are an adult who smokes cigarettes or has a history of heavy smoking you are at high risk of developing lung cancer. Heavy smoking is defined as more than one pack of cigarettes per day for 30 years, or the equivalent (2 packs a day for 15 years, etc.).

What are the signs and symptoms of lung cancer?

Cancer causes symptoms by growing and then spreading to other places within the body. Just like the flu, cancer may cause symptoms because your body’s immune system knows there is something in your body that should not be there. This can result in:

As cancer grows in the lung or airways, it can begin to cause more symptoms. Once lung cancer has started to cause symptoms it is usually at an advanced stage of disease and difficult or impossible to cure. Those symptoms include:

How is lung cancer treated?

For small cell lung cancer, almost all patients are treated with chemotherapy, and some with radiation therapy. For lung cancer that is not small cell, early-stage tumors, either stage 1 or 2, are most often treated with surgery. Stage 3 non-small cell lung cancers require a combination of chemotherapy, radiation, and possibly surgery. Stage 4 lung cancers are primarily treated with drug therapy, which can be directed at the gene mutation in the cancer, immune therapy, or traditional chemotherapy. In general, stage 4 disease is difficult or impossible to cure because it has spread to multiple locations through the bloodstream and can’t be removed completely by surgery, or radiation.

For patients who never smoked cigarettes but develop lung cancer, very often their cancer is driven by a single gene mutation. For these patients, a treatment known as “gene targeted therapy” blocks the growth signal from these mutations.

Both gene targeted therapies and immune therapies are in common use for stage 4 lung cancer. Research is underway to test whether these new drugs can help patients with earlier stages of disease.

The discovery of immune therapies and gene targeted therapies have resulted in much longer life and better quality of life for patients with stage 4 lung cancer. Incredible progress has been made in the last 10 years in discovering new and better drugs for patients with stage 4 lung cancer. However, even the best current drugs do not cure stage 4 disease. This is why patients should consider participating in new drug trials and experimental treatments.

New drug trials are designed to help patients, but they are experimental, and it is uncertain how well a new drug will work, or the side effects it will cause. A patient who goes on an experimental drug trial is going on an adventure with their doctor to try something new and hoping it will be better than standard treatment. Not every patient has this type of adventurous spirit, and most patients stick with tried-and-true drug treatments.

If we are going to find a cure for stage 4 lung cancer it will take a great deal of effort including the participation of patients, doctors, and scientists to develop new and better treatments through clinical trials.

Until then, we will continue to fight lung cancer with the newest and most appropriate methods available for our patients. Learn more about the Lifespan Cancer Institute.

How to prevent lung cancer

In addition to quitting cigarettes, you should not wait for symptoms to develop. Discuss a lung cancer screening with your doctor before symptoms develop. A lung cancer detected with screening is usually at an early stage and easier to cure.

Where to schedule your lung screening 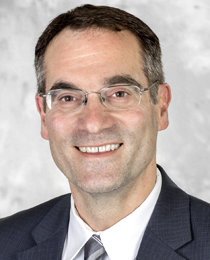