Only one out of five children with diagnosable psychiatric disorders receives treatment.  This estimate has profound implications as we think about children’s mental health and its future.

The troubling lack of diagnoses means regardless of improvements in mental health interventions or the implementation of new or expanded treatment programs, there will still be a large number of children in need of treatment for years to come.

That is not the case for other pediatric diseases in the United States, whether they are common or rare.  Most children with asthma, the most prevalent chronic illness of childhood, have received treatment at some point and virtually all children with cancer, cystic fibrosis or inflammatory bowel disease receive treatment.

What factors are responsible for the difference?  There are many, but I believe that the most important is stigma.

Stigma is the idea that a particular quality or circumstance is automatically bad or disgraced. And mental illness is arguably the most stigmatized condition in our country today. The roots of stigma are in human fear or ignorance.  Our society uses labels like “crazy,” “retard,” or “psycho” that are associated with stereotypes – one of which is that mental illness leads to incompetence, violence, or unpredictability.

Embracing stereotypes like these can lead to prejudice against the mentally ill and can be seen in the discrimination that results from those beliefs. Children with psychiatric disorders are often isolated or forced out of groups, classrooms and jobs. That can also lead to “self-stigma,” when an individual internalizes the societal beliefs and prejudices, resulting in lower self-esteem, limited aspirations, secrecy, anxiety and treatment avoidance.

The stigma of mental illness

Children with psychiatric disorders are stigmatized as much as their adult counterparts by both other children and adults. In one study of over 1,000 American parents, between 20 and 30 percent said they would not want their child to become friends with a child who had ADHD or depression. Likewise, they would not want a child with either disorder living next door.  When parents are asked about a child with a physical illness such as asthma, the responses are much more generous.

In a study of more than 300 adolescents, the results indicate that the stereotypes and prejudices that support the stigma are well established by the time children reach high school.

Federal regulations like the Mental Health Parity and Addiction Equity Act of 2008 can help people seeking treatment, but these regulations don’t impact the prejudices, stigma or discrimination surrounding mental illness. Attitudes and individual prejudices are most likely to change only with personal experiences.

As people realize their neighbors and family members have dealt with psychiatric problems and talk openly about it, then attitudes begin to change. When well-known leaders or celebrities publicly disclose their own struggles with mental illness or addiction, the veil of secrecy falls and stereotypes are questioned. The process of openly discussing their conditions often results in peer and public support, leading to empowerment and improved self-esteem; it can also be a potent antidote to self-stigma.

Clearly, there has been progress in reducing the stigma of mental illness in the last two decades. Evidence and examples of change are easily cited, but until significantly more than 20 percent of children and adolescents who need treatment are receiving it, it’s difficult to see the glass as half full.

So, let’s talk about mental illness. The expert clinicians at Bradley Hospital can help – tune into our new podcast, Mindcast: Healthy Mind, Healthy Child.  Let’s all work to stop the stigma. 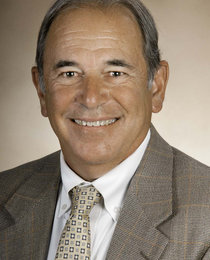 Resolutions:  They can be H.A.R.D.

Emotional Eating and How To Avoid It During the Holidays