Epilepsy is one of the most common and most disabling neurological disorders worldwide. It can affect any age group, from newborns to the elderly.

Epilepsy can have a significant impact on the quality of life. The seizures that occur with epilepsy, combined with conditions that often accompany it such as depression and learning disability, may significantly impact school and job performance.

Many people with epilepsy can conduct a normal life. However, patients who have had epilepsy for a long time or whose epilepsy is difficult to control are at higher risk for unemployment. They may also need assistance in their daily life activities. Even common things such as driving might not be permitted for a period of time if you have epilepsy.

The good news is if epilepsy is diagnosed early and treated appropriately, the prognosis can be excellent, with freedom from seizures and a normal quality of life.

What are the symptoms of epilepsy?

People with epilepsy have seizures. While they can happen at any time of the day, they tend to occur more often at night or when someone is very tired, sleep-deprived or sick. The seizures can vary greatly.

How serious is epilepsy?

Epilepsy is a serious disease that can lead to significant disability. In some cases, a long seizure can cause death, as can complications related to the seizures. Some people with epilepsy experience what is called Sudden Unexpected Death in Epilepsy (SUDEP) which, as the name implies, is death from epilepsy without other apparent cause, such as a heart condition.

Some forms of epilepsy are relatively benign. Childhood absence epilepsy affects school-age children who have sometimes hundreds of brief seizures per day. They are characterized by brief arrest of action (or “absence”) and improve dramatically after starting the appropriate medication. These children will eventually outgrow the seizures.

In general, for the majority of patients with epilepsy, seizures can be controlled by one or two appropriately chosen and dosed medications. In some cases, they might be weaned off after a period of time without seizures. Some epilepsies, however, are very difficult to treat and may require lifelong combinations of different medications or epilepsy surgery.

Epilepsy can be caused by a variety of malformations that affect the development of the brain. Those may include scars in the brain (especially temporal lobe and related structures) from prior infections, trauma or long seizures, brain tumors, or stroke, as a few examples.

Some epilepsies are genetic, due to a mutation in a specific gene whose function is tightly connected with signal transmission in brain cells. These forms of epilepsy tend to begin earlier in life and are often difficult to treat.

How is epilepsy treated?

There are several options for treating epilepsy. Each individual should be evaluated by an epileptologist so the best treatment can be determined. Treatment options include:

Epilepsy is treated with anti-epileptic drugs (AEDs). Common medications include, for example, Carbamazepine, Levetiracetam, and Lamotrigine, but there are more than 20 of them on the market. Sometimes a combination of more than one medication is needed to achieve seizure control.

AEDs can have significant side effects, such as sleepiness, tiredness, weight loss/weight gain, renal stones, rash, and others. These side effects can negatively impact quality of life and need to be carefully evaluated and considered when making decisions about treatment. When side effects are severe, a physician may recommend the medication be discontinued.

When medications fail to treat the seizures, there are surgical options available. One option that may be considered early is removal of the part of the brain presumed to be generating the seizures. The surgical options require a complex evaluation before surgery. The evaluation and the surgery itself are performed in specialized care centers that have a comprehensive epilepsy program, such as Rhode Island Hospital and its Hasbro Children’s Hospital.

The workup that leads to epilepsy surgery is accomplished by a team consisting of epileptologists (neurologists who specialize in treating epilepsy), neurosurgeons, neuroradiologists, neuropsychologists and specialized nurses. It may include sophisticated brain imaging techniques and admission to the hospital for long-term electroencephalogram (EEG) monitoring. This is first performed with electrodes on the scalp, but in some cases may be on the brain surface or inside the brain. This is known as invasive EEG monitoring. All these studies are done with the goal of finding the part of the brain where seizures are coming from so that part can be safely removed.

Those who are not good candidates for surgery may be evaluated for implantation of devices such as a vagus nerve stimulator, a deep brain or a responsive nerve stimulator.

Some patients may benefit from specific diets, such as the ketogenic diet or modified Atkins diet.

Some specific forms of epilepsy in children, where seizures are sporadic and do not affect the functioning in school or the child’s development, may not need treatment.

Febrile seizures are a special category of seizures. These occur in otherwise healthy children who have a fever associated with a presumed viral infection such as roseola or the flu. The age for this type of seizure typically ranges from five months to five years, but most often ages two and three.

Children with febrile seizures do not have epilepsy, but some of them may develop it later in life. This is especially true, for example, for those who experience long febrile seizures, have clusters of these seizures, or whose body shakes only on one side. These are called “complex” febrile seizures, and the overall risk of developing epilepsy is 10 percent, which is roughly 10 times greater than the general population.

Children with febrile seizures do not need to be treated with daily AEDs, but the family and school need to carry what is called a “rescue medication” such as rectal Diazepam. This medication can be given to the child to stop a seizure if it is lasting more than three to five minutes. To learn more about epilepsy and our program, visit our website.

Epilepsy treatment near you.

If your child has epilepsy, we can help. Learn more about our Comprehensive Epilepsy Program at Hasbro Children's Hospital in Providence, Rhode Island. 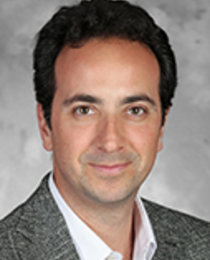 Daily Rituals to Keep Your Brain Healthy While You Age

What Is A Migraine and How Is It Treated?

Spine Surgery, Alternative Treatments, and Getting the Best Results