What is Sexting and Is It Common Among Teens?

How common is sexting among teens?

Sexting is considered a relatively common practice among teens. Estimates by researchers start at a low of 20 percent of teens and reach higher than 60 percent in some studies. Teenagers, however, believe that about 90 percent of their peers are sexting. This is an indicator that among teens, the behavior is considered normal, which has led to an increase in sexting behavior among this age group.

Is sexting bad and can you go to jail for sexting?

While the law differs from one state to another, when a minor is involved, there are legal consequences. Sexting is often considered a sexual crime, and is considered a felony in many areas. Depending upon the circumstances and the charges, offenders can face fines and/or jail time. In some states minors may even be prosecuted for simply possessing nude images of themselves on their own phone. You can find more information on this topic here.

What are the dangers of sexting?

One of the biggest concerns surrounding sexting is that it is a digital file. Whether it is a photo, video or text message, once digital media is created and shared, a teen no longer has control over where it goes. In fact, although close to half of teens report having received a sext, about a quarter of those teens report forwarding and sharing those sexts with other people without the creator’s permission.

Another concern surrounding sexting and teens is the idea of “true identity.” Technology makes it easy for a user to hide true identity, age, and intentions. A teen could unknowingly be corresponding with an adult or even a peer with harmful intentions.

Adolescence is a period of transition and identity development. It is a time when kids shift from seeing their family as their primary social network to seeking it in their peers. Additionally, adolescence can be a confusing period of sexual development and identity. Exploration is not only common but normal and healthy.

The desire for peer acceptance along with the drive for sexual exploration has always been a challenge for teens to navigate. The pressure to engage in sexual activity comes from friends and partners alike. However, in this age of digital communication, this pressure is even more intense.

Digital communication is often hidden from parents and kids will often find themselves in situations that they lack the emotional maturity to manage. Also, sexting behavior has been linked to increased sexual behavior in teens. It’s important to note that not all teens who sext are having sex, and not all teens having sex are sexting.

What can parents do?

The most important thing parents can do is talk to your teens about sexting. Talk with them, not at them. Be curious and inquire into their digital behaviors, don’t investigate and snoop.

Being proactive will go further with your kids than if you are reactive. Try not to focus on their behavior, but on their emotions related to their behavior. Let them know that you are interested not just in keeping them safe, but also trying to understand them and the world they live in.

It is not enough to say, “I don’t get it.” Lean into the discomfort, have the awkward talk, and your kids and your relationship will be better for it.

For more tips on keeping our children well, visit the Growing section of our Lifespan Living health and wellness blog. 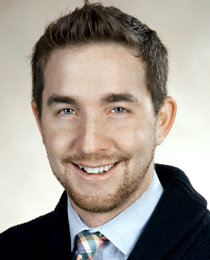 Justin Schleifer, MD, is a child and adolescent psychiatrist in outpatient services and the CRAFT program at Bradley Hospital. Dr. Schleifer is also an assistant clinical professor of psychiatry and human behavior at The Warren Alpert Medical School of Brown University. His primary research interest is the exploration of the intersection between mental health and technology.

Pros and Cons of Social Media

Screens, Violence, and the Impact on Children