For Terry, ECLS was the Difference Between Life or Death

The 53-year-old Cranston resident was in the intensive care unit of Rhode Island Hospital in January, her body succumbing to damage to her heart and lungs caused by pulmonary arterial hypertension.

Now in a coma, Perrotta's only hope was a bilateral lung transplant at the renowned 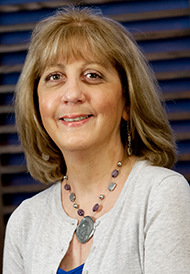 Cleveland Clinic. A team of Rhode Island Hospital physicians attempted to stabilize Perrotta as The Cleveland Clinic medical team arrived. Unfortunately, the doctors determined she was too sick and would likely not survive the flight to Ohio.

As the medical jet left T.F. Green Airport without Perrotta, her two children and ex-husband were told that she had a slim chance of surviving more than a few days. There was one final option.

Rhode Island Hospital is the only hospital in Southern New England that has extracorporeal membrane oxygenation (ECMO), a life-support system that temporarily assumes the work of the lungs and/or the heart.

The ECMO device – about the size of a suitcase – removes the patient's blood and eliminates waste while infusing oxygen into the blood, which is then returned to the patient. The hospital’s Extracorporeal Life Support (ECLS) team has been successfully caring for infants, children and adults using ECMO since 2010. The treatment is not a cure. Instead, it gives the patient’s lungs and/or heart a chance to rest and heal, helping the patient get stronger for organ transplant, surgery or other critical care services needed.

In Perrotta's case, ECMO would be a bridge to lung transplant.

"Terry was now sick enough that she was eligible to get new lungs, but she was too sick to be transported to the place where she needed the transplant,” explains James Klinger, MD, Perrotta's pulmonologist.

Dr. Klinger says Perrotta started going into right-sided heart failure in January due to her lung condition, which she has lived with since 2004. Pulmonary arterial hypertension caused the blood vessels in her lungs to get very narrow, making her heart unable to pump blood through her lungs. Perrotta's lungs and heart were failing. Specialists at Rhode Island Hospital determined she was a good candidate for ECMO because of her age, the fact that a transplant could save her life and it was the only option left.

Perrotta needed “veno-arterial” ECMO, which takes over the function of both the heart and lungs. Within a day, Perrotta's condition improved dramatically. Her oxygen level was normal and her body was functioning like it should. Her heart function was much better because it had been relieved of all of the strain from her lung disease.

A Second Chance at Life

"Terry called me from her hospital bed four days after her transplant and these were her first words to me, ‘Dr. Klinger, I can breathe again,’” Klinger recalls.

Perrotta says she does not remember being in the Rhode Island Hospital ICU or the trip to Cleveland. “I woke up on February 3 and had no idea where I was or what happened,” she explains. “A nurse was in my hospital room testing my oxygen level. It was 100 [percent]. I thought this was a dream.”

Before returning home, Perrotta spent several weeks in Cleveland to be closely monitored and to undergo rehab. Each day, she grew stronger and more amazed by her physical transformation. “During the drive back to Rhode Island, I went to the gym in a hotel we had stopped at and started walking on a treadmill. I walked for 45 minutes. Prior to the surgery I could barely climb a set of stairs,” she explains. “I felt like a superstar.”

Perrotta is grateful that she had access to world-class medicine and physicians.

“I cannot say enough good things about my doctors at Rhode Island Hospital. They worked so hard to save my life,” she says. “Those wonderful people, my lung donor and the Cleveland Clinic gave me a second chance at life.”