Available at Rhode Island Hospital and Hasbro Children's Hospital, extracorporeal membrane oxygenation (ECMO) is a method of life support that uses a cardiopulmonary bypass machine to temporarily assume the work of the heart and lungs in cases of extreme cardiac or respiratory failure.

It is a life-saving option for patients who have not responded to other respiratory therapies.

ECMO provides the patient enough oxygen to survive and can be used for a period of several days to weeks, while the lungs or heart recover.

For Terry Perrotta, ECMO was a bridge to lung transplant.

When Is ECMO Used?

Appropriate for use in adults and children, ECMO can be used in many situations, including:

Ben was born at Kent County Hospital and developed complications shortly after a normal birth. He was first sent to Women & Infants Hospital and then rushed to Hasbro Children's Hospital, where ECMO life support and doctors from both hospitals worked together to save his life. The healthy baby Ben was discharged home to his parents, Mike and Julie, and big sister Makayla.

About Our ECMO System

Our ECMO system is the smallest portable heart-lung support system available in the world, and is the first cardiopulmonary support system cleared for both ground and air transportation. Weighing approximately 22 pounds and the size of a suitcase, it is light enough to be carried by one person and compact enough to be transported in a helicopter or ambulance. It could be used to stabilize critical patients on site for safer transport to the hospital. 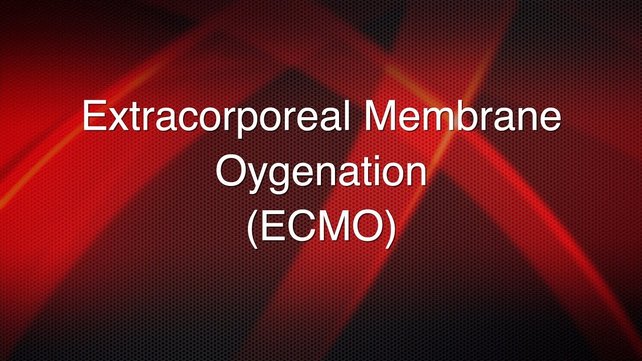 The ECMO service at Rhode Island Hospital and its Hasbro Children's Hospital has won the Gold Award for Excellence in Life Support from the Extracorporeal Life Support Organization (ELSO).