One Brother Helps Another

When her 10-month-old son Frank seemed lethargic and refused to nurse, Rachel Cross thought he might be coming down with a cold. Checking in with his pediatrician, she was advised to give it a day and see if he improved.

Normally a happy baby, by the next day Frank was having bouts of screaming and labored breathing. When his mom took the baby in for an office visit, the pediatrician suspected pneumonia, and advised taking Frank straight to the emergency department at Hasbro Children’s Hospital.

The news came as a shock to Rachel and her husband Kyle. There was no history of diabetes mellitus in their family, and they knew little about it — but they were about to learn.

“We got a very brief crash course in the first few hours we were in the hospital just from the emergency staff,” Rachel Cross recalls. “But the really intensive education came from the nurse educators at the clinic — they were amazing.”

It’s rare for a child to be diagnosed as young as Frank, and there hadn’t been an infant diagnosed at Hasbro Children’s for several years before him, his mother says.

While the young parents were still wrapping their heads around their baby’s diagnosis, Jose Bernardo Quintos, MD, director of the division of pediatric endocrinology at Hasbro Children’s, told them about a research project that could possibly help their other son, then 2 years old.

“Dr. Quintos introduced us to the TrialNet study and suggested that we enroll Henry,” Cross says.

Henry was enrolled at age four, and after a number of tests six months apart was found to have four of the five antibodies that predict the onset of type 1 diabetes. “It was almost exactly two years to the day that he ended up getting … his official type 1 diagnosis,” Cross says.

Lisa Swartz Topor, MD, MMSc, fellowship program director of pediatric endocrinology at Hasbro Children’s and co-investigator of TrialNet, became Frank’s doctor shortly after his parents got the diagnosis, and now treats both boys.

“Frank came into the hospital sick, and was admitted to the intensive care unit. He spent a few days in the hospital while, first, his disease was treated, and then his family learned how to take care of a child with diabetes. This experience for them was very intense and a complete shock,” says Dr. Topor.

In contrast, through TrialNet, Henry was closely monitored for years before the diagnosis was made. “Henry wasn’t showing any signs of diabetes, and he’s been very well,” Topor says. “So it really saved the family the sudden experience of coming into the hospital with a sick child and allowed them a lot of time to become used to the diagnosis.”

Cross is very matter of fact when she talks about the changes having two children with type 1 diabetes has meant to the family’s life. She describes them as typical kids, playing outdoors, teasing the family pets, dancing in the mornings, having food likes and dislikes.

However, she says Frank is a “typical kid” who happens to have an insulin pump and a glucose monitor that continuously tracks his blood sugars.

“The biggest advice that I tend to give other parents, especially when they have their first diagnosis, is believe in yourself and know that someday diabetes will just be one of the things in your day. It’s not always going to be the only thing that consumes every moment,” she says. “The more you know about type 1, the better you can handle it on a day-to-day basis.”

Despite the family having moved to Hampstead, New Hampshire, from West Warwick, Rhode Island, Cross makes the nearly two-hour drive to Hasbro Children’s Pediatric Endocrinology and Diabetes Center for Topor to treat her sons.

“We continue to come down purely because it is lovely to have an established rapport with your doctor, and to have that consistency and stability, and really, the continued excellence of care, which is something you can’t take for granted,” she says.

Says Topor, “For families already affected by type 1 diabetes in one family member, TrialNet really offers a new approach, a new way of identifying those at risk of disease. Ideally, in the future, we’re hoping that research will allow us to find a way to slow down or even stop the progression of the development of type 1 diabetes. So I think there’s a lot of potential and hope for the future.” 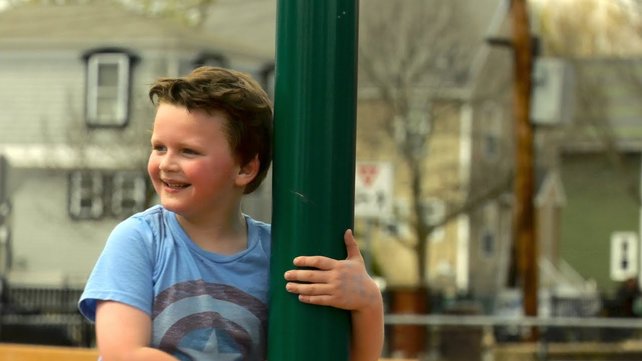 Some of the signs and symptoms of type 1 and type 2 diabetes are: