Dementia Risk Factors and What You Can Control

The population of the United States continues to age, and with each passing decade comes a gradually increasing risk of developing cognitive problems and memory loss. Dementia is a general term to describe abnormal thinking and memory function related to brain degeneration that impacts a person’s ability to function independently. About 10% of people over 65 years old have Alzheimer’s disease, one form of dementia. An additional 20% of people over age 65 have mild cognitive impairment, a less severe form of memory loss and thinking problems that sometimes leads to dementia later in life. In other words, in a group of 10 people over the age of 65, 3 of them may be experiencing some form of thinking or memory difficulty.

The exact cause of Alzheimer’s is unknown, but recent studies have shown that certain behavioral changes in mid-life can help reduce the risk of Alzheimer’s and memory disorders later on. And if you’re already having memory difficulties, then now is the perfect time to make sure your behaviors are optimized for maximal brain function.

Ultra-processed foods, such as sweet and savory packaged snacks, reconstituted food products, pre-prepared frozen meals and fast food, promote inflammation and are generally associated with negative health outcomes. Yet, for a variety of reasons, ultra-processed foods make up more than half of the energy intake in the United States.

A recent study that followed people over years discovered that if people in their 50s consume a diet regularly consisting of ultra-processed foods, their risk of developing dementia was higher, and the more ultra-processed food consumed, the higher the risk. Conversely, the same study found that people in their 50s who consumed a diet of unprocessed or minimally processed food decreased their risk of developing dementia later in life by almost 20%.

Physical fitness in mid-life strongly predicts the likelihood of developing dementia later in life. The presence of diabetes and elevated blood pressure (more than 130/80 when relaxed) in people in their 50s significantly increased the risk of developing dementia years later. The best way to control diabetes and blood pressure is by losing weight through regular physical activity.

Regular physical activity, particularly resistance training and yoga, can promote the maintenance and building of muscle strength in middle age, which in turn decreases the risk of developing dementia later in life. An interesting study from England discovered that the weaker a person’s hand grip strength was in their 50’s, the greater the risk of developing dementia later in life. The grip strength in this study presumably correlates with the overall physical strength and health of the individual, so don’t forgo all exercises except for the grip strengthener at the gym – general strength training will do. If you are already at your ideal weight, but blood pressure and diabetes remain uncontrolled, talk with your primary care provider to utilize medications to help establish control over these risk factors.

The Impact of smoking and excessive drinking on your brain

Tobacco smokers of any age should quit as soon as possible–current tobacco smokers are 30% more likely to develop dementia than never-smokers. Heavy drinkers that consume more than 5 beers or 1 bottle of wine in one sitting at least monthly have a 3 times greater risk of developing dementia decades later as compared to those that do not consume alcohol in this way. If you have passed out at least twice in the last year as a result of excessive drinking, there is a 10 times greater risk of later dementia.

Keep in mind that this does not mean that if you drink 5 beers in a sitting one time you’re doomed to dementia—it’s the pattern of excessive consumption on a regular basis over years that increases the risk. Write down how many drinks you have every day for one month—you might be surprised how many you actually consume.

Make appointments to check your hearing and vision

Untreated hearing loss nearly doubles the risk of developing dementia. Hearing loss means your brain processes less auditory information, your memory centers are less engaged, and the less your brain needs to work. The less your brain works, the more likely you are to fall into a dementia later in life. Even though hearing aids will soon be available over-the-counter, it is a good idea to see an audiology specialist for recommendations and setting adjustments. Likewise, people with visual impairment are about 60% more likely to develop dementia later in life – and although correlation is not necessarily causation, it won’t hurt your chances of keeping dementia away if you make sure your eyesight is optimized so that all of your brain cells are kept engaged and busy.

The diagnosis of dementia is one that everyone dreads, but this is not a problem that only older people should think about. Making behavioral choices in mid-life directly influences the likelihood of a person’s developing dementia later in life. The time to make a difference in your future life and function is now, no matter your age. The habits established in early life that settle in by middle age shape the kind of retirement you will have – will your mind stay sharp so you can live life on your own terms, or not? Although you don’t have total control over the answer to this question, you have a lot more control than you might realize, and it starts with your everyday habits now. 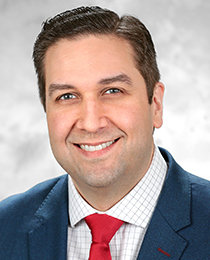