Genetic testing for autism is a relatively new area that may be misunderstood. But for those with autism in their family, it could be very important. It may also impact how autism spectrum disorder is perceived and treated in the future.

What is genetic testing for autism?

We know that autism has a strong genetic component. Among individuals with autism, up to 30 percent will have a genetic abnormality. When there are other accompanying diagnoses such as intellectual disability or seizures, the percentage may be higher. However, the genetic abnormalities vary among individuals, meaning the same abnormality may account for only one or two percent of cases.

It’s important to note that autism is a clinical diagnosis, based on the observations by the doctors during an office visit, or with additional psychological testing, such as the Autism Diagnostic Observation Schedule (ADOS). That means that genetic testing is not used to diagnose autism; it is recommended after a diagnosis of autism is made and may uncover potential causes.

There are many genetic tests. For autism, there are two that are recommended by a number of respected medical societies, including the American Academy of Child and Adolescent Psychiatry, the American Academy of Pediatrics, the American College of Medical Genetics and the American Society of Human Genetics jointly. The first is “chromosomal microarray testing,” which looks for missing or extra pieces of genetic material. The second is “Fragile X testing,” for finding changes in a specific gene called FMRP.

The potential benefits of genetic testing

When a genetic abnormality is found, genetic testing may offer a health care team a unique perspective of an individual. This is often referred to as precision medicine - the ability to use precise individualized information for tailored clinical management.

There are many potential benefits that can be gained from genetic testing and identifying a genetic abnormality. They include:

The option is yours

The decision of getting genetic testing is entirely up to you and your family. We recommend having an open discussion with your doctor first. Then you can have all the information you need to choose what is right for you.

Although the majority of families agree to have testing when offered by their doctors, some families elect not to have genetic testing. We understand and appreciate their reasons, which have included:

Unfortunately, sometimes the concerns above may be due to misinformation or a misunderstanding. That’s why we recommend working with your medical team to learn the facts and clarify your expectations.

Please visit our website for more information on the Genetic Psychiatry Consultation Service, where we provide clinical care to people with autism and other neuropsychiatric conditions who have an underlying genetic abnormality. 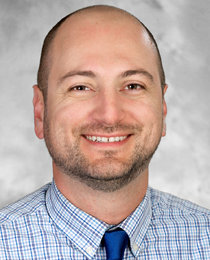 Dr. Daniel Moreno De Luca is a child, adolescent, and adult psychiatrist at the Verrecchia Clinic for Children with Autism and Developmental Disabilities at Bradley Hospital.  His clinical and research work revolves around the genetics of psychiatric conditions, especially rare genetics in autism spectrum and other developmental disorders, and a focus on precision medicine.

Reducing Stress in a Most Stressful Time