There are more than 60,000 people living with bleeding disorders in the United States; more than 24,000 of those individuals have Hemophilia.

We all have certain proteins ( or “clotting factors”) in our blood that help the blood to clot. This helps your body slow down the blood loss when you cut yourself. Hemophilia is an inherited bleeding disorder in which the body does not make enough of either “factor 8” or “factor 9,” which prevents the blood from clotting properly.

Thanks to newer, better treatments that have been developed over the past 30 years, people with bleeding disorders are living longer. They are also able to participate in favorite activities, school and work more than ever before.

While these conditions are not very common, unfortunately pop culture and the internet can lead to sharing of misinformation. Here is the truth behind some of the most common myths:

FACT: While Hemophilia is a condition that predominantly affects boys, there are many girls and women who carry the genetic mutation for Hemophilia and are also affected.  In addition, for other bleeding disorders, such as von Willebrand disease, the number of men and women is approximately equal.

FACT: All Hemophilia and bleeding disorders are not the same.  Hemophilia has two main types, Hemophilia A or factor 8 deficiency and Hemophilia B or factor 9 deficiency.  Each type has different levels of severity.

Children with severe Hemophilia have almost no clotting factor and generally start having bleeding and bruising symptoms early in life. Bleeding is often internal into the muscles or joints and not always visible to those around the individual. Those living with mild to moderate disease may or may not have symptoms until they have a significant injury or require surgery and then bleed more than expected.  Other bleeding disorders also vary in severity and affect each individual differently, some with few bleeding symptoms and others with more.

3.    People with bleeding disorders always have other family members with it.

FACT: Many people with Hemophilia or bleeding disorders have other family members who are affected, however up to 1/3 of people with Hemophilia have no known family history.  For those with milder forms of these diseases, family members may not even know they have the condition or are at risk for bleeding, particularly if they have never had surgery.

4.    People with Hemophilia come from royalty

FACT: Queen Victoria of England is well known to have been a carrier for Hemophilia and did pass along the condition to many royal families throughout Europe in the mid to late 1800s.  However, Hemophilia has long been recognized by the medical community, dating back nearly 2,000 years. The vast majority of people with Hemophilia cannot trace their ancestry through a royal bloodline.

5.    People with bleeding disorders will bleed to death if they get a cut so they should not use scissors

FACT: People with bleeding disorders will NOT bleed to death if they get a cut.  For persons with Hemophilia or other clotting factor deficiencies, they do not bleed more quickly, but they may bleed longer. Routine first aid care is typically all they need to manage bleeding from a minor wound, and they are not likely to require additional special medications.  Scissors, knives or other sharp objects that are routinely used in everyday life are very much allowed.

6.    Persons with Hemophilia can’t play sports or have a “normal life”

FACT: Those individuals with Hemophilia and other bleeding disorders are actually encouraged to play team sports and get exercise like everyone else.  Activity is important for building muscle strength, promoting joint health and a healthy weight, all of which are essential for everyone, including someone with a bleeding disorder.

Choosing the right sports and activities for an individual is best done in conjunction with the health care team. With current therapies used to treat and prevent bleeding episodes and the establishment of specialized treatment centers, like the Hemostasis and Thrombosis Center at Rhode Island Hospital, people with bleeding disorders are living long and healthy lives.

The Hemostasis and Thrombosis Center at Rhode Island Hospital is formerly known as the Rhode Island Hemophilia Treatment Center. It is made up of a multidisciplinary team of doctors, nurse practitioners, nurses, social workers and additional clinical and research support staff. Our goal is to provide a high level, state-of-the-art, comprehensive care to those affected by bleeding and thrombotic conditions in the Rhode Island, Massachusetts and Connecticut region.

Learn more about our center and our team here and get additional information on Hemophilia here, or visit the Centers for Disease Control and Prevention website. 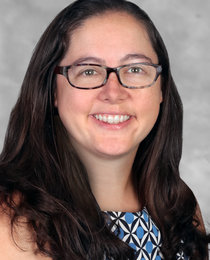 Dr. Salley Pels is a pediatric hematologist/oncologist and the director of the Hemostasis and Thrombosis Center at Rhode Island Hospital.

Hepatitis in Children and How It Affects the Liver

How Do I Know If My Baby Needs Glasses?