Alzheimer's disease can impact anyone. Research, however, indicates that women may be at a higher risk than men. Two facts to consider:

Why women are more at risk for Alzheimer's disease

Advances in science and technology have allowed investigators to discover important differences between women and men with Alzheimer's. These findings are changing our basic understanding of the disease.

According to recent studies, women:

The explanation as to why women are at increased risk of Alzheimer's disease is complex, and may include a variety of factors – biological, genetic and social.

Brain imaging has shown that toxic tau protein, a hallmark sign of the disease found in the brain, spreads faster and more easily in a woman’s brain and is dispersed more widely. A study from the Center for Cognitive Medicine at Vanderbilt University Medical Center identified that the structure of tau networks is different in men and women. Women have more “bridging regions” that connect various areas of the brain. These bridging regions may be what is allowing tau to spread faster and easier in women, accelerating the development of Alzheimer’s disease.

Additionally, brain imaging by researchers at the University of California, San Diego, shows that women’s brains metabolize sugar more effectively than men. Sugar is the brain’s main energy source. While this would appear to be an advantage, it is possible that women are being diagnosed with memory loss later in the disease process, because their brains are better able to mask the symptoms of the disease. Women also have higher verbal skills, which result in better performance on the verbal portion of cognitive tests. This may result in a delayed diagnosis until Alzheimer’s disease is further along in its course.

Researchers at the University of Miami have determined that there appear to be specific genes related to disease risk by sex. This means certain genes may present a risk for Alzheimer’s only to men, while others only to women.

Researchers at Stanford University are studying individuals with a certain Alzheimer’s risk gene known as ApoE-4. They found that women who carry a copy of the gene are nearly twice as likely to develop Alzheimer’s as women without the risk gene. But men who carry the gene are at only slightly higher risk than men without it. More studies are underway to determine how these risk genes influence the disease process in relation to Alzheimer’s disease.

Finally, social factors may play a role in women’s risk for Alzheimer’s disease. There has been discussion about the traditional role of women in past generations and how that may have contributed to the disproportion in Alzheimer’s between the sexes. Previous generations of females were not given the same access to education, employment, and athletics as men.

One additional thought is that it is traditionally the women’s role to act as caregivers to both children and the elderly. The level of stress that they may experience as a result could possibly influence their risk level.

How women can reduce their risk for Alzheimer's disease

Taken in total, these factors may be impacting the prevalence of Alzheimer’s disease in women. To reduce your risk, live a heart- and brain-healthy lifestyle to help live your best life. That includes:

If you are concerned about your memory or thinking abilities, please share these concerns with your health provider.  You can learn more about Alzheimer’s disease on our website. 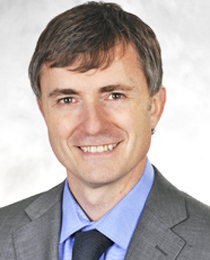 Daily Rituals to Keep Your Brain Healthy While You Age