The Total Joint Center performed significantly better than the national average in length of stay, discharge directly to home, and other measures, according to the American Academy of Orthopedic Surgeons, the Association of American Medical Colleges Council of Teaching Hospitals and Health Systems.

The center has earned several prestigious distinctions, including The Joint Commission’s Gold Seal of Approval for Advanced Certification for total hip and total knee replacement, a recognition for quality, consistency and safety of services, and patient care.

In addition, Blue Cross and Blue Shield of Rhode Island named The Miriam Hospital a Blue Distinction Center for knee and hip replacement, and U.S. News and World Report designated The Miriam a “high performer” in hip and knee replacement surgery.

The Total Joint Center average length of stay for total hip or knee replacements (1.5 days) was lower than the national average of 1.8 days. (Reported by the American Joint Replacement Registry.) 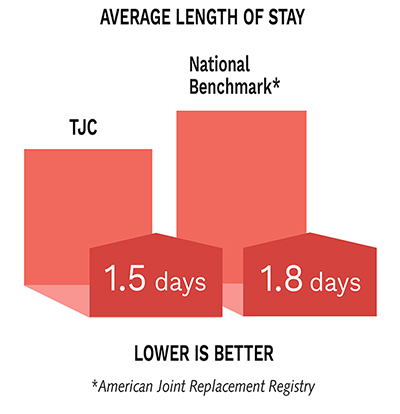 Only eight percent of Total Joint Center patients were discharged to a skilled nursing facility. Most of our patients are medically qualified to recover in the comfort of their own homes. Nationwide, about 10 percent of hip and knee replacement patients transition to a care facility. (Reported by the American Joint Replacement Registry.) 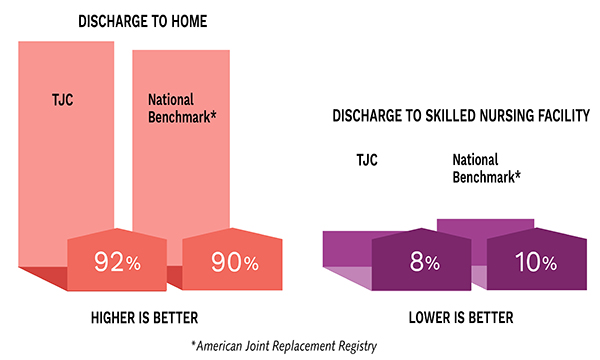 About twice as many Total Joint Center patients who received total hip or knee replacements were able to have regional anesthesia (spinal, epidural, or adductor canal block) during surgery rather than general anesthesia, compared to patients nationwide. (According to the American Joint Replacement Registry) 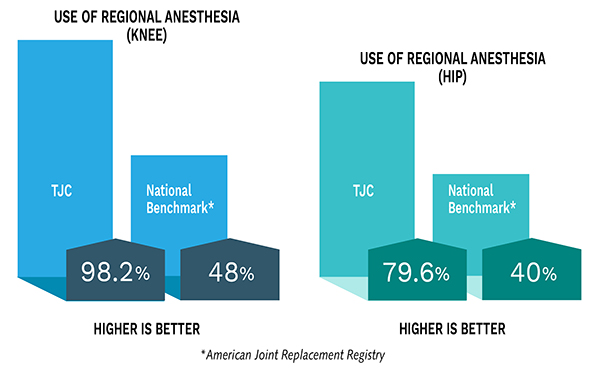 Only 0.8 percent of Total Joint Center patients required a blood transfusion during their hip or knee replacement surgery or during their hospital stay, compared to about five percent nationwide. 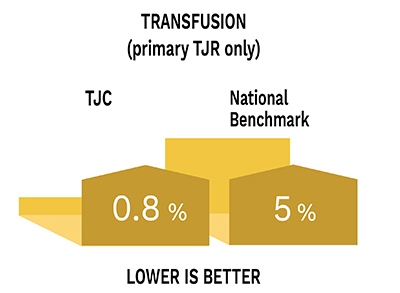 The Total Joint Center had 0.3 percent of patients who experienced VTE (either deep vein thrombosis or pulmonary embolism) during their hospital stay or within 30 days following surgery, compared to 2.7 percent nationally. 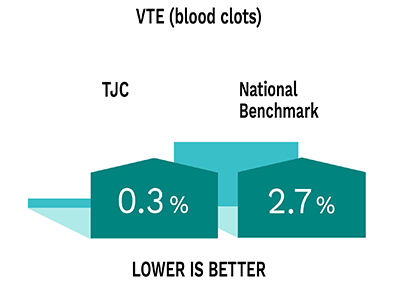