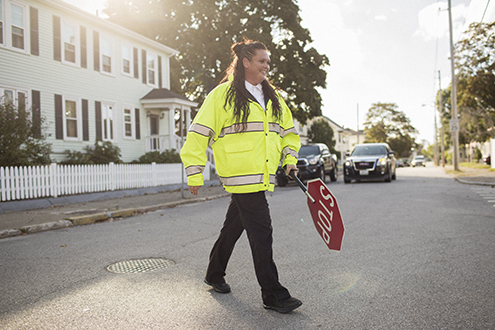 Trina’s crossing guard duties require her to be up and running early in the morning and in all types of weather. When she lay down for a nap one day in 2013, she wasn’t worried when her arm fell asleep as well. She woke up with pins and needles and had a bit of trouble holding on to objects. When she tried to wake her arm up, she noticed that it was gray and completely numb. After getting herself to the hospital and receiving treatment, she was told that it was caused by a clot in a small vessel in the brain. After diligent physical therapy, Trina regained 95% function in her arm.

“It was like getting struck by lightning; I saw a bright white light.”

Exactly four years later, tragedy struck Trina once more. She suffered a brain aneurysm rupture while getting ready for work on the morning of December 20, 2017. Trina remembers feeling like she had a migraine, and blurry vision forced her to put on her glasses. She collapsed in the bathroom and hit her head on the tub on the way down, “It was like getting struck by lightning; I saw a bright white light,” Trina remembers of the moment the aneurysm hit her. Her glasses broke on the tub and cut her face. She awoke 30 minutes later and walked to her parents’ house across the street to have them call an ambulance.

Ryan A. McTaggart, MD, and Curtis Doberstein, MD, met Trina at Rhode Island Hospital and discussed her case. “We worked as a team to evaluate and determine the best repair of Trina’s ruptured aneurysm and ultimately decided to coil the aneurysm,” Dr. McTaggart said of the process. Trina had an angiogram upon admission and Dr. McTaggart successfully treated her ruptured aneurysm by placing small endovascular coils within it to protect her from repeat rupture.

Trina stayed at Rhode Island Hospital until after the new year. Even though she was in the hospital for the holidays, she remembers her time with the 7th floor Bridge Building nurses fondly. “On New Year’s Eve they had a little party and we all went down the hall to watch fireworks. It was amazing,” says Trina. 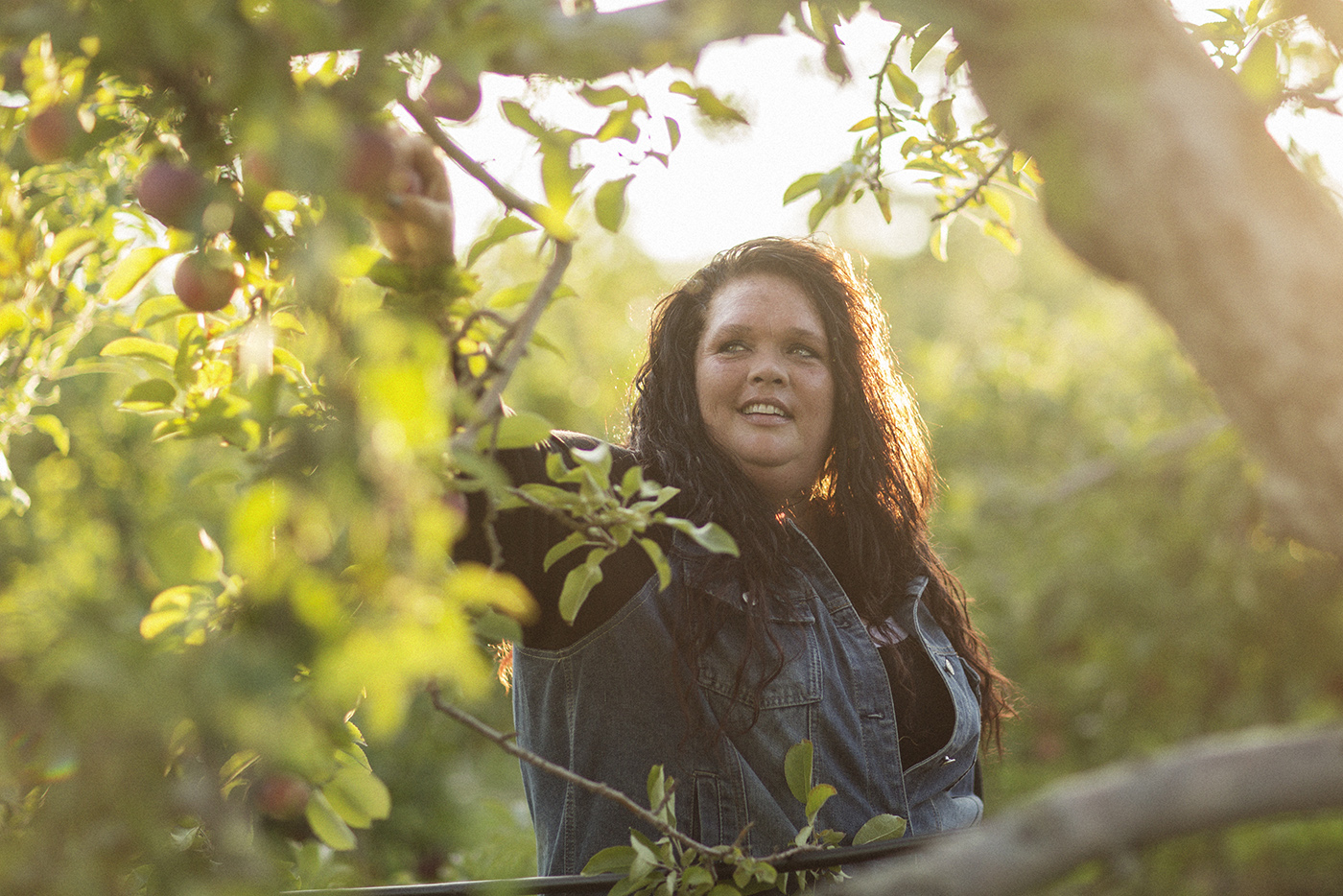 Trina feels extremely grateful to her doctors and to the nurses on the 7th floor of the Bridge Building for taking care of her. Many told her that the aneurysm she experienced was not typically the kind you ever wake up from. Trina describes her journey as “one of the toughest recoveries”-- she struggled with massive spasms that felt like labor contractions for three months following her aneurysm rupture.

"I don’t take any day for granted now. If I can help somebody, I do it.”

She still follows up with Dr. Doberstein and Dr. McTaggart to monitor the second aneurysm they found during her first angiogram in 2017. At her one-year follow-up appointment, Dr. McTaggart found that the treatment of Trina’s ruptured aneurysm was successful and durable. The second aneurysm will need to be surgically “clipped” by Dr. Doberstein in the near future. She is due for a follow-up MRA in October 2019.

Trina credits her family, who all live on the same block as she does, with getting her through the months following her aneurysm with their unyielding patience and support. The children and families that rely on Trina to get them safely to school in the mornings and afternoons are as thrilled to have her back at work as she is. “I don’t take any day for granted now. If I can help somebody, I do it.”