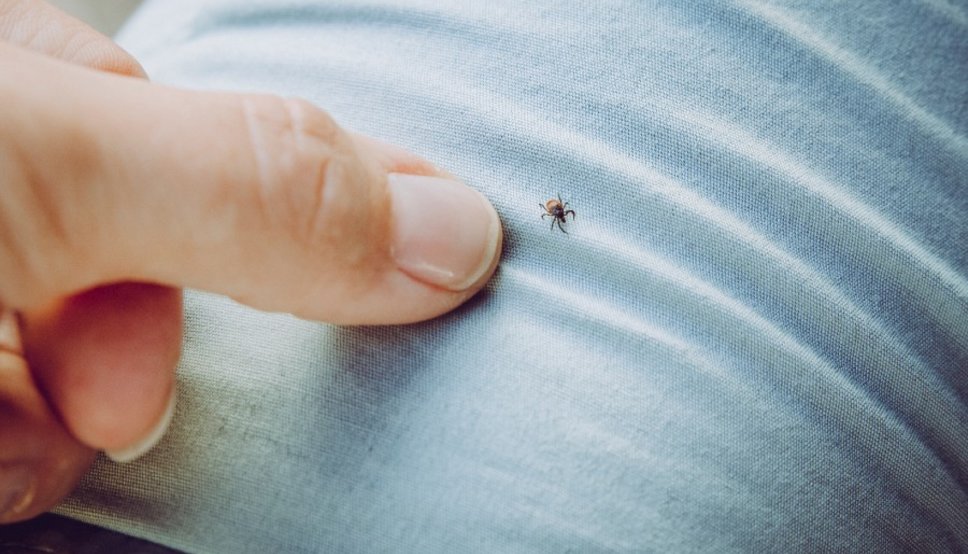 Lyme disease is a bacterial infection caused by a tick bite. Symptoms vary depending on how long someone has been infected.

The cause of Lyme disease

Lyme disease is contracted from the bite of an infected Ixodes scalpularis tick, also known as a Deer tick or Blacklegged tick. Deer ticks are very small relative to other ticks commonly found in Rhode Island such as the American dog tick or the Brown dog tick. Not all Deer ticks carry the bacteria that causes Lyme disease. Because the bacteria has to adapt from the environment of the tick’s body to survive in the very different environment of the human body, the tick must be attached for 12-48 hours before the bacteria is able to travel from the tick to infect a human.

Signs and symptoms of Lyme disease

Symptoms of Lyme disease depend on how recently someone was infected.

In the earliest stage of infection, a reddish rash appears at the site of the tick bite within the first month. This rash often looks like a “bull’s eye” with a slowly expanding red ring. However, it can also appear without a central clearing or take on a bluish hue. The rash can also have little blisters in the center and rarely is itchy or painful.

Unfortunately, many tick bites occur in places where you might not notice the tick, such as behind the knee or ear, or along the base of the scalp. Because the rash appears at the site of the tick bite, you might not see it. With or without antibiotics, the rash will eventually disappear.

If untreated, however, the bacteria then leave the skin and travel throughout the body to the nervous system, heart, muscles and joints. This usually occurs within the first one to two months after a tick bite. During this time, people may develop symptoms that include:

Fortunately, most people can be treated in clinic with a course of oral antibiotics, although a small number of people require hospitalization for monitoring and intravenous (IV) antibiotics.

The good news is that Lyme disease is curable. Most people feel better quickly with treatment. A small portion of people, despite treatment, go on to experience persistent symptoms such as fatigue and subjective cognitive slowing. These symptoms improve with time, although it can take months and sometimes years. If people do develop persistent symptoms, it is always important to make sure there isn’t something else going on that may require additional testing and different treatment.

If Lyme disease remains untreated, in the following months to years it can evolve into what is known as Lyme arthritis. Lyme arthritis causes swelling and mild to moderate pain of the affected joint. Usually just one joint is affected and the most common is the knee, followed by the shoulder, ankle and elbow. Lyme arthritis is treated with a longer course of oral antibiotics but sometimes requires IV antibiotics. It is extremely unlikely for anyone to die from Lyme disease.

When to see a doctor

A big worry of mine this year is that people who develop fever and muscle aches this summer will assume that they have COVID-19 when they may instead have a tick-borne infection. If you develop fever, chills and muscle aches in the summer months in Rhode Island, you should contact your doctor!

While Lyme disease is curable, the test for Lyme disease may stay positive for the rest of the patient’s life. Because Borrelia burgdorferi does not stay in the blood and is difficult to grow in a lab, it is unreliable to test directly for the bacteria with a blood test. Therefore, we test for antibodies the immune system makes after it has been exposed to the bacteria.

It takes a week or more for the body to make these antibodies, which is why a test may be negative early on in infection -- the body simply has not had time to make antibodies at the level our tests detect. The body continues to make antibodies even after successful treatment and cure. Therefore, if someone had a positive antibody test to Lyme before treatment, it should stay positive for months to years to decades.

Visit our website to learn more about the Lifespan Lyme Disease Center and how we can help you. 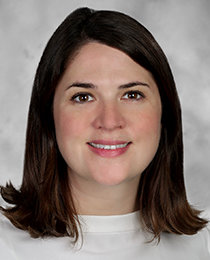 How to Clean Fruits and Vegetables 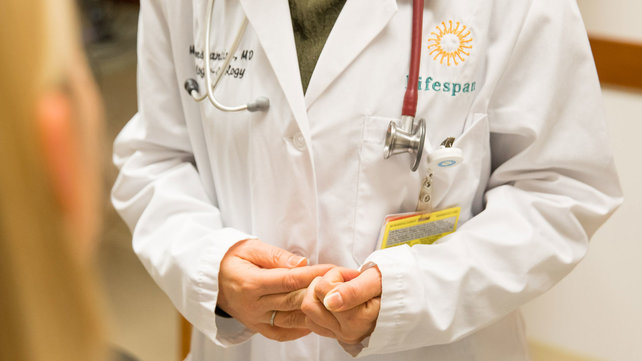