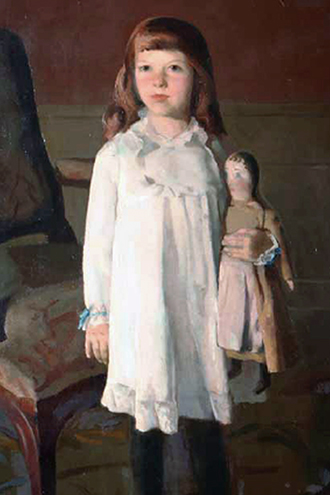 A Glimpse of the Past

Bradley Hospital was the nation's first psychiatric hospital for children. The hospital was named for George and Helen Bradley's only child, Emma Pendleton Bradley, who was born in 1879.

Emma was stricken with encephalitis at the age of seven. The disease left her with multiple disabilities, including epilepsy, mental retardation and cerebral palsy. This tragedy sparked the Bradleys to conduct a worldwide search for a cure or a treatment for Emma's condition. Because psychiatry and neurology were in their infancy, hospitals were solely for adults and pediatric services were not yet available. The Bradleys arranged around-the-clock medical care for Emma at their summer home in Pomfret, Connecticut.

After eighteen years of treatment, Emma showed no improvement. George and Helen began to accept their daughter's fate, but wanted to ensure that other families would not share their family's struggle. In their wills, both George and Helen Bradley requested that the Baton House, the family's Providence estate, be converted into a treatment facility for children. The board of trustees decided that more space and a less urban setting were necessary for the institution, and so the beautiful home on Eaton Street was sold and 35 acres of wooded land was purchased on the Barrington Parkway. The ground was broken in 1929, and two years later the institution opened its doors.

The Emma Pendleton Bradley Home was officially dedicated on April 8,1931 during a ceremony in the hospital's Pine Room. In accordance with the terms of George Bradley's will, the facility gave first preference to poor, needy children from Rhode Island. Families were only billed if they had the means to pay. And so, 25 years after George Bradley's death, the Bradleys' dream was realized. It is clear today that the dream was only the beginning.