The Landis See Bradley as Part of the Family 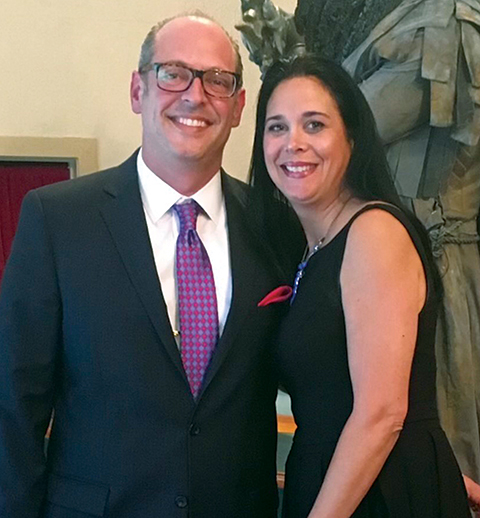 It was 1990, and Anthony Landi and Stacy Lyn Tacelli were on the same youth ski trip to Canada. Although they both hailed from North Providence, the teenagers didn’t know each other at the time. But something magical started on those slopes. “We just clicked right away and became best friends,” Stacy remembers, “and then we started dating.”

The ensuing years only strengthened the couple’s bond, and eight years later, they were married. Now, the Landis live in Narragansett and share a loving family, successful careers, and a passion for supporting Bradley Hospital.

To know Anthony and Stacy is to know that everything they do is rooted in a “family-first” spirit—whether it’s their biological family or their extended professional and community connections. “We both come from Italian families where being together and celebrating life and taking care of one another is a really big deal,” Anthony says. “So, we try to create similar feelings and experiences by staying active and engaged with those around us.”

At home, that means spending time with son Anthony, 17, and daughter Francesca, 14. Together, the family enjoys fishing, traveling, going to the beach, and entertaining friends and family.

Professionally, Anthony is co-founding partner of the Northeast Investment Group, a Cranston-based firm that provides wealth management and financial planning services. To him, his colleagues and clients are all part of
the same big family. Stacy is the Technology Integrated Specialist at Johnston Senior High School. Her “work family” includes educators and students, whom she helps navigate distance learning during COVID-19.

The Landis first got involved with Bradley in 2014, when they were invited to attend Bravo Bradley: Your Passport to Rome and found themselves mesmerized by the heart-wrenching and inspiring patient stories they heard from the stage. Somewhat serendipitously, a student at the elementary school where Stacy taught at the time started a mental health awareness walk and was raising funds for Bradley. “I actually got to bring what they raised with me to the gala that night and hand deliver it to the staff,” Stacy says.

Over the years, the Landis have purchased auction items, donated to fund-a-needs, participated in golf tournaments, and made gifts to the healing arts program. Anthony is also on the Board of Trustees for the Bradley Hospital Foundation.

“The people we’ve met through Bradley have all been so warm and welcoming and they are bound together by the common goal of helping at-risk children and their families and promoting mental health awareness,” Anthony explains. “So, being part of that community—that family—is an honor for us and we feel blessed to be able to do so.” 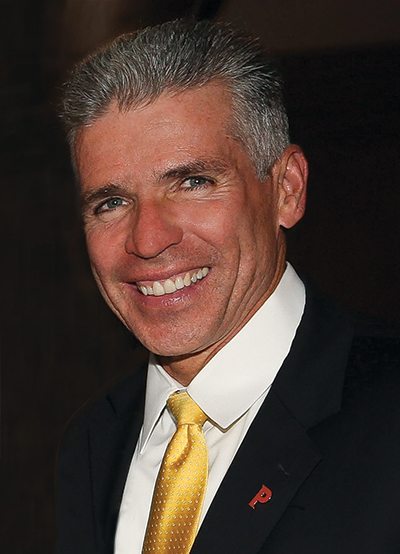 Providence Public Safety Commissioner Steve Paré tugs down the sleeve of his suit jacket to reveal a neon green autism awareness bracelet on his wrist.

“I’ve had this on for five years—I haven’t taken it off,” says Steve, who serves on the Bradley Hospital Foundation Board of Trustees.

He wears it to support a colleague’s young son, who is on the autism spectrum. The bracelet also symbolizes his dedication to advocating on behalf of children and adolescents with behavioral and mental health disorders.

“We still need to come to the realization that, as a community and as a country, a lot of people suffer from mental health issues that either go unnoticed or undiagnosed,” he says. “Unfortunately, the stigma around mental health still exists, and that needs to change.”

Now 60 years old, Steve started seeing the relationship between mental health and public safety many years ago as a young Rhode Island State Police officer. After 27 years as a state trooper, he became Providence’s Public Safety Commissioner in 2011.

“There’s nothing more heartbreaking for a police officer than to put a kid into a system that won’t get them a positive result,” he says. “For many years, we weren’t aware and weren’t educated about mental health issues.”

Fortunately, over the last couple of decades, “things have come a long way.” Providence police officers now receive specialized training on mental health and take steps such as shutting off a police car’s flashing lights and sirens while responding to a mental health-related call involving a child.

Still, Steve says, more needs to be done on a local and federal level to expand access to mental health and substance use treatment for vulnerable kids and teens. Solutions such as Bradley’s Hospital’s outpatient clinics for co-occurring disorders are essential, he adds.

When he’s not working, Steve enjoys traveling with his wife, Jill, a retired Coventry public school teacher, and spending time with his two young-adult daughters and his one-year-old granddaughter.

In fact, one of his daughters, Lauren, works with autistic children at Bradley School South County.  “That’s where the work is really done—my daughter and all of the staff that work with these young kids are so inspiring to me,” Steve says.

Of course, his role on the Bradley Hospital Foundation Board of Trustees also keeps him busy.  “I’m so impressed with all of the programs at Bradley Hospital, and I’m proud to be on the board,” Steve says. “You can turn a life around with these services, and we’ve got to invest in them. This is our precious future.”

The Britos: Building Cherished Relationships While Helping Others 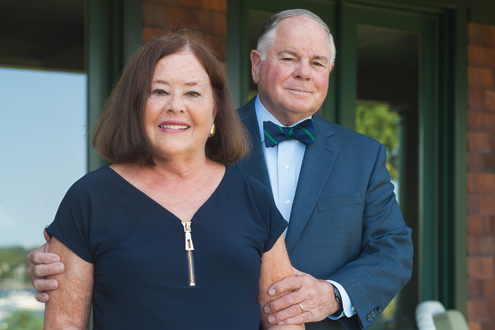 As anyone in his hometown of Bristol, RI can attest, Joe Brito, President and CEO of C. Brito Construction Co., and a variety of other businesses, doesn’t do anything halfway. His marriage proposal to his bride of 34 years is still remembered by those who saw his prominent truck placard proclaiming his intentions for the world to see: “Betty, will you marry me? Love, Joe.”

Since then, the couple has become a force of nature while raising their two sons, Joseph and Chris. The family business today employs over 100 people in several New England states. And as a highly respected educator, Betty has helped shape many lives by teaching and serving as the English chair at the high school in Bristol for decades.

The Britos are well known for their passionate commitment and devotion to children, family, and community. Their philanthropy extends to many entities. Betty was first introduced to the work at Bradley Hospital several years ago by a friend who knew of her interest in education and her awareness of how mental health issues can impact a classroom.

“I was struck by the uniqueness of Bradley Hospital’s work and the incredible success it has with the children and families who are seen there,” Betty said, recalling her reaction during a tour of the facility and meeting one of our researchers. “It is a great hidden resource.” She knew that someday she and Joe would get involved to help further our groundbreaking work.

“Someday” was our 2014 Bravo Bradley event when a young woman shared her personal journey with Obsessive Compulsive Disorder and how Bradley Hospital saved her life. The couple was so moved by her first-person account that when it came time for the “fund-a-need” part of the auction, they couldn’t get their bid number in the air fast enough. Their generosity continues to this day.

“It brings tears to my eyes to think about what some young people struggle through,” said Joe. “What Bradley Hospital provides for them to live as full a life as possible—to the best of each child’s ability—is never ending. It is truly an amazing place and we are so pleased to be part of it.”

Joe serves on The Miriam Hospital Foundation Board of Trustees, is a trustee at Roger Williams University, and is a lifetime member of the Naval War College Foundation. Betty has served in various voluntary leadership roles with the Rogers Free Library, Rhode Island ASCD and the Junior League of Rhode Island. She also received the Christa McAuliffe award from the US Office of Education in 1990. Both have been active with the Mount Hope Farm Trust. And in 2013, they were asked to serve as chief marshals of the Bristol Fourth of July celebration. To a couple who does and gives so much to the community, it was a fitting tribute.

“We are so fortunate Joe and Betty are part of the Bradley Hospital family, and we are grateful for their insights, their generosity, and their commitment to our work. Our gratitude is enormous,” said Dan Wall, president (retired) of Bradley Hospital.