Colorectal cancer (CRC) is the second leading cause of cancer-related death in men and the third in women in the United States. Screening for colorectal cancer has been quite successful. The National Polyp Study showed that removing small polyps, called adenomas, can reduce the incidence of CRC by over 75%.

Since the natural history of colorectal cancer is slow-growing, screening makes sense. It takes five to seven years for small polyps to develop and turn into a cancer. The success of colonoscopies in removing polyps has made it the gold standard for colorectal care.

Physicians and scientists have simultaneously been looking for cost-effective methods in the prevention of colon cancer that can be applied to the general population. The first stool tests developed were based on the finding of occult, or hidden, blood. Because the fecal occult blood test (FOBT) was not as accurate, the fecal immunochemical test (FIT) was developed.

Who should be screened?

Colon cancer screening is appropriate for:

Some people, however, are hesitant to have a colonoscopy, fearing the preparation, or perhaps the procedure itself. For some patients, a non-invasive screening option may be offered.

This FIT test is specifically designed to identify human hemoglobin. Numerous clinical trials have shown that CRC screening by these FITs are successful. Unfortunately, less than half of the American population is screened for colon cancer. As such, applying these stool tests proves to be successful.

The development of DNA biomarker stool tests has raised the level of sensitivity tremendously. In these types of tests, stool is studied for pieces of DNA that are abnormal and come from either large polyps or CRC. The major advantage of a fecal DNA test, compared to colonoscopy, is that they avoid the need for a bowel preparation and there is no risk in terms of potential complications.

Cologuard, created by Exact Sciences Corporation, is a multi-target stool DNA test for colorectal screening. This test can be taken every three years and is covered by Medicare.

Tests such as Cologuard have been suggested to those who are not able to have a colonoscopy for health reasons. Blood thinners, severe medical illness, or a failed colonoscopy in the past are some examples. Some have suggested that stool DNA testing, like Cologuard, can also be used to follow up an initial colonoscopy that was negative.

What is not known, however, is how often patients should be screened with the Cologuard test. Currently, there are trials underway to determine this interval.

According to the manufacturer, the Cologuard test cost $599. This is certainly less expensive, and less invasive, than colonoscopy and does not expose patients to the radiation they would receive in a “virtual colonoscopy,” or a computed tomography (CT) colonography.

It’s estimated that colon cancer screenings with Cologuard have detected 92% of CRC cases in patients without symptoms. However, it’s also produced a substantial number of false positive results. This means that a Cologuard test could be positive, but a follow-up colonoscopy may still be negative.

Patients should follow the advice of their primary care providers for the proper CRC screening method that’s best for them.

Regardless of which option you opt for the most important thing is to begin screenings at age 50, or earlier if you have a family history of colon cancer.

Learn more about the colorectal surgery team and how we can help you on our website. 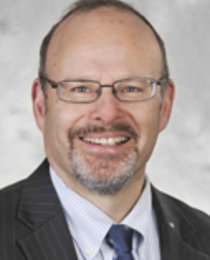