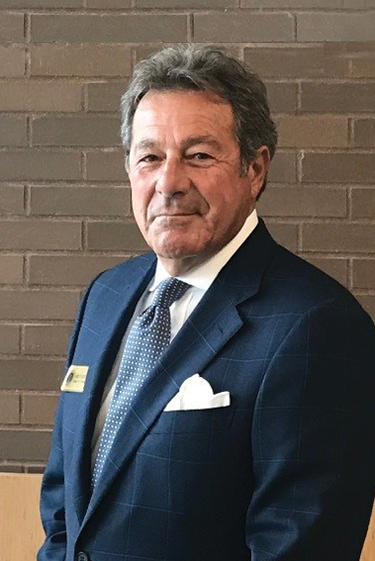 At a very young age, The Miriam Hospital made an imprint on Jim Rosati. So much that he continues to show his gratitude to this day.

One morning, Jim knocked a hot pan of milk off the stove, scalding his torso. Panicked for her preschool-age son, his mother removed his pajama top and with it came his skin, and she called an ambulance. Responders took him to the nearest hospital—it was the 1950s and The Miriam was on Parade Street.

At the hospital, doctors removed the remaining fabric from his pajama top, covered his burns with salve, wrapped him up, and comfortably restrained him so he could heal. Several weeks later, and after preparing his family for the likelihood of significant scarring, doctors removed the bandages to find not a single scar.

“My grandmother and my family prayed every day, but I know it was also the forethought of the doctors in caring for my burns that led to my positive outcome,” says Jim. “Had I been badly scarred, my life would have been very different from a very young age. Fortunately, that wasn’t the case and I have The Miriam to thank for that.”

Decades later, Jim was reintroduced to The Miriam when he met his wife Janet, who worked there as a medical technologist. In the years that followed, he became friendly with several hospital administrators and physicians. Feeling the pull toward the place that changed his life as a child, he joined the board of governors as an ambassador for
the hospital.

“The Miriam gives you the feeling of a small and intimate caring hospital—it offers everything you want in a hospital,” says Jim. “My family has a lengthy and strong relationship with The Miriam Hospital, and I hope it continues for another 100 years.” Jim’s daughter, Kayla, also worked for many years as director of the Brown University Oncology Research Group (BrUOG), working closely with Dr. Howard Safran, the medical director of BrUOG, who is also chief of oncology at The Miriam Hospital.

“I want to help, but I’m not a doctor, so what I can do is donate and support the hospital to ensure it remains at the forefront of new technologies and research,” explains Jim.

And that’s just what he does, time and time again. Whether it’s gathering friends together at the Dunes Club in Narragansett to share the advances in urology care at The Miriam, or making a leadership gift to support the creation of a dedicated cancer clinical research space, Jim always shows up for The Miriam.

“What The Miriam provides in health care is hard to find,” says Jim. “And we need to continue to support it and help maintain its best-in-class status.”

The Power of Giving Hearts: The Kilmartins 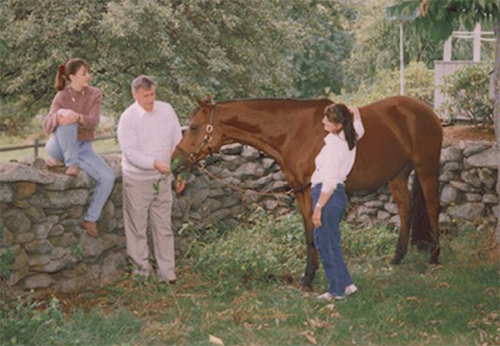 When David and Betsey Kilmartin married in 1966, they not only started a life together, they also created a charitable trust. While not your typical newlywed investment, a charitable trust would enable them to help others in the future and that was important to them. Today, more than 50 years later, their forward thinking is making an impact on nursing education at The Miriam Hospital.

David grew up in The Miriam neighborhood and The Miriam has been the Kilmartins’ hospital of choice for generations. “I couldn’t believe more firmly in the hospital and the way they do things. David was there throughout his life,” says Betsey.

After leaving the Navy, David joined his father’s tool making business that manufactured presidential coins and medallions, and medals for two Olympics. David had four children when he married Betsey, and together, they had a daughter, Kelly.

“David’s father was always big on when you could help others, you should help. And he would do it quietly,” says Betsey. So, the couple often donated to local schools and community organizations and David financially supported his employees’ educational goals.

“For my dad, education was very important. He felt he never accomplished anything because he didn’t go to college, despite being brilliant,” Kelly explains.

Since David’s passing in 2017, Betsey’s life has been saved by The Miriam twice. First when she was diagnosed and treated for non-Hodgkin’s lymphoma. And second, after her primary care doctor detected a rapid and irregular heartbeat and quickly referred Betsey to cardiologist Raymond Russell, MD, PhD, at the Lifespan Cardiovascular Institute’s Cardio-Oncology Program at The Miriam. “The Miriam is an amazing hospital and we wanted to give back. The nurses on the cardiac floor while my mom was there were the glue that held things together,” says Kelly. As a nurse herself, Kelly knows the importance of education as well as the financial challenges of pursuing advanced training, so it was a natural fit to donate to nursing education.

Created in 2019, The David and Betsey Kilmartin Nursing Education Award is an annual honor presented to a nurse or nurse practitioner in the cardiology and/or cardio-oncology departments at The Miriam to support ongoing educational opportunities. The first award was given to nurse practitioner Ashley Arnold.

“We are excited the first award was given and that we get to help contribute to the Magnet status by supporting the education of nurses,” says Betsey. “Nurses really are the backbone.”

“I think he’d be very happy,” says Betsey of David, “And say that we’re making too much of a fuss.”

The Rampone Family Gives Back to Nursing

Twenty years ago, when David and Belle Rampone first came to The Miriam Hospital, they never imagined how special the hospital would become to them. David was referred to Steven Schechter, MD at The Miriam when prior colorectal surgery at another hospital was unsuccessful.  “The difference was like night and day,” remembers David.  “The care I received at The Miriam was great; just the way I thought it should be.”

David was so grateful; he and Belle decided they wanted to give back to The Miriam.

David joined the Board of Governors, then lent his professional expertise in engineering and construction to the Building and Grounds Committee, and now serves on The Miriam Hospital Foundation Board of Trustees.  Belle became a life member of the Women’s Association and serves on the hospital’s annual gala committee.

“The more we got involved, the more we wanted to help ensure The Miriam remains the special place it is,” says David.

David’s mother recently battled breast cancer and is currently being treated for leukemia. Taking his mother to The Miriam several times a week for doctors’ appointments and chemotherapy, David immediately noticed the incredible nursing care his mother was receiving. “The infusion nurses are so compassionate and treat every patient with an abundance of kindness and sensitivity to what they are going through.  They make a bad situation bearable.”

It was that commitment to patients that prompted David and Belle to create The Rampone Family Nurses Education Fund to support the incredible work of The Miriam’s oncology nurses.  The nurses work so hard and have such good hearts. We’re fortunate to be in a position to help,” says Belle.

The fund was created with a $5000 gift from David and Belle, which was matched by David’s mother.  An additional $3000 was added after the recent passing of David’s father when the family requested donations to the fund in lieu of flowers.

“We may have helped The Miriam, but what they have given us in kindness and compassion is far greater than money can ever buy,” concludes David.